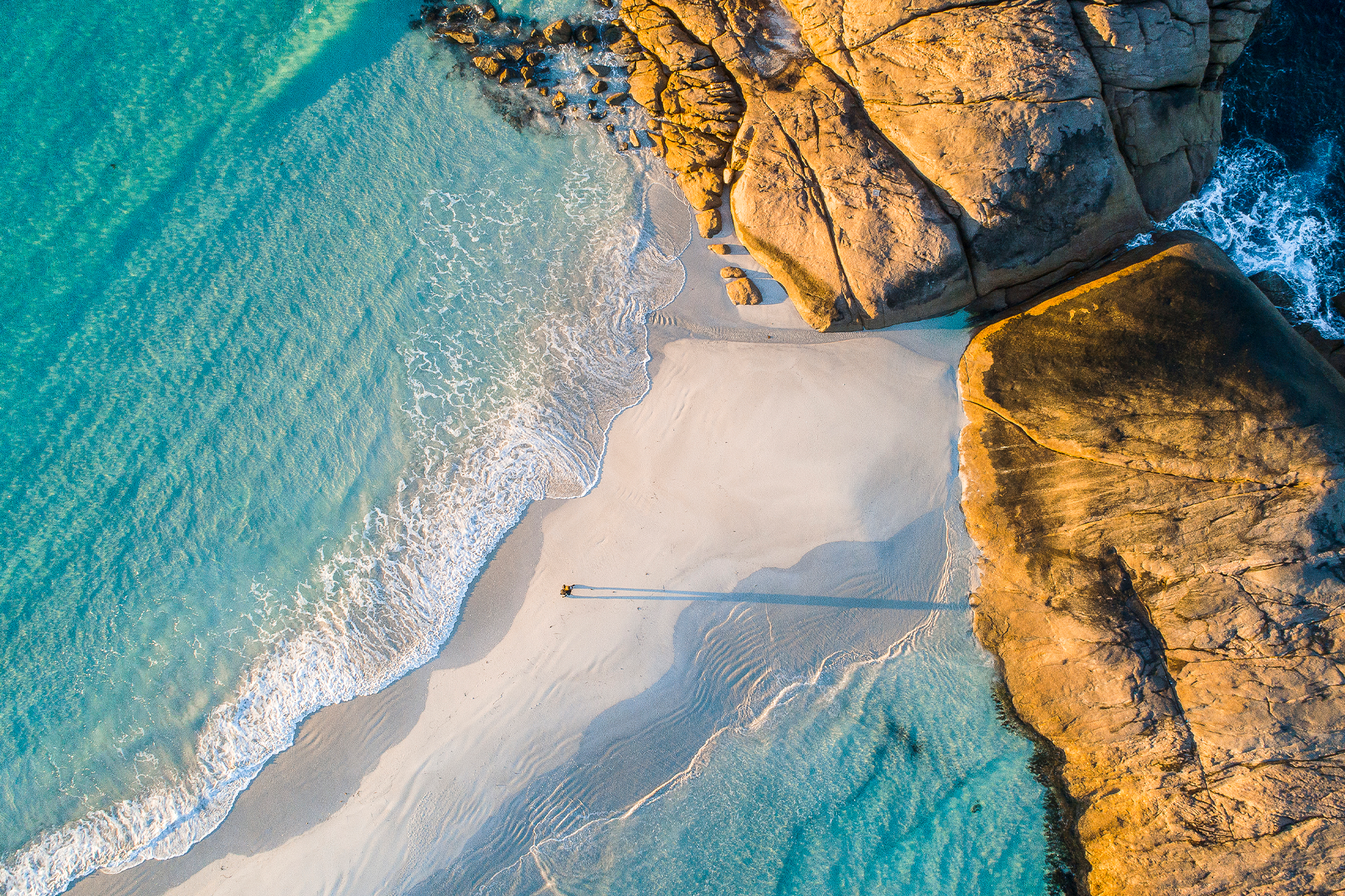 The US Securities and Exchange Commission (SEC) reopened the comment period for its proposed climate risk disclosure rule on October 7 and is unlikely to finalize the regulation this year.

The agency discovered a technical error, which caused some public comments submitted through its online portal to get lost. The glitch affected 10 proposed SEC rules alongside the climate risk disclosure rule. The reopened comment period closed on November 1.

The SEC was initially expected to release a finalized version of its disclosure rule in October, according to a public timetable. SEC Chair Gary Gensler hasn’t provided an updated date for the rule’s release.

The Financial Stability Oversight Council (FSOC), a panel of federal regulators charged with monitoring the US financial system, set up the Climate-related Financial Risk Advisory Committee (CFRAC) on October 3.

The new body will collect data on climate risks and make recommendations to FSOC on tackling them.

Twenty members and one government observer were named to the committee, including experts from the financial services industry, non-governmental research organizations, climate data vendors, and academics.

CFRAC is expected to meet for the first time in early 2023, FSOC said.

The Federal Insurance Office (FIO), a unit of the US Treasury, wants insurers to collect data on climate risks to homeowners.

In the October 18 proposal, the FIO said the data would be used to assess whether physical climate risks — like hurricanes, wildfires, and floods — could disrupt the supply of property and casualty insurance policies in vulnerable areas.

“The recent impacts in Florida from Hurricane Ian demonstrate the critical nature of this work and the need for an increased understanding of insurance market vulnerabilities in the United States,” said Janet Yellen, the US Treasury Secretary. “FIO’s data collection will add to the work of regulators and policymakers across the Administration to assess climate-related risks to the financial system, the U.S. economy, and the American people.”

The FIO said the data would be aggregated at the ZIP code level “and would not involve data on individual homeowners or other insured entities.”

A public consultation on the proposed data collection closes December 20.

Republican members of the US House of Representatives floated a bill that would bar those overseeing retirement plans from incorporating climate risks and other environmental, social, and governance (ESG) factors into their assessments of investment risk.

The Safeguarding Investment Options for Retirement Act, introduced on October 19, attempts to undermine a proposed Department of Labor rule that would enable retirement fiduciaries to consider how ESG issues could affect their assets and returns.

The bill would force fiduciaries to invest solely according to “pecuniary factors,” which are expected to materially impact the risk or return of an investment. The bill’s four Republican sponsors — Representatives Greg Murphy, Carol Miller, David Schweikert, and Lloyd Smucker — said it’s intended to protect investors from a “woke agenda” that they believe threatens retirees’ savings.

The bill is unlikely to gain traction in the current Congress as Democrats have the majority, but could signal the direction a Republican-controlled House could take on anti-ESG legislation.

The European Banking Authority (EBA) accepted changes to its green finance disclosure rules, which weaken lenders’ reporting requirements on their portfolios’ alignment with the EU’s climate and sustainability goals.

On October 17, the agency published an opinion, agreeing with the European Commission’s (EC) proposed amendments to its ESG reporting standards. The amendments water down the EBA’s original requirement, which would make banks calculate and report a Banking Book Taxonomy Alignment Ratio (BTAR). The ratio intends to show how much of a lender’s balance sheet supports activities identified in the EU’s Sustainable Taxonomy.

The EBA initially wanted to require banks to produce the BTAR on a “best effort” basis. The EC instead said banks “may” choose to disclose the indicator. In addition, the EC said the collection of BTAR-relevant information from bank counterparties will be undertaken on a “voluntary basis,” meaning borrowers won’t have to comply with data requests.

In a statement, the EBA said although it favors its original BTAR wording, it accepts the EC’s changes because of the “reduced availability of data” on companies’ taxonomy-aligned activities, especially for small and medium-sized enterprises. But it also said banks should “make every effort” to collect BTAR-relevant information to help them manage sustainability risks to their loan portfolios.

The EC did not recommend substantive changes to a second EBA-proposed indicator, the Green Finance Ratio (GAR). This requires banks to report loans made to large European companies that disclose the taxonomy-alignment of their activities under the Non-Financial Reporting Directive. It also makes GAR a more limited metric than BTAR since it encompasses fewer exposures.

EU banks are scheduled to start reporting the two ratios in 2024.

The regulations would limit how terms like ‘ESG,’ ‘green,’ and ‘sustainable’ are used by investment firms to market funds and other investments. They would also establish three new labels for sustainable investment products and strict criteria for using them. The three labels are:

Another piece of the proposed regulations would set new disclosure requirements for sustainable investment products, as well as the investment firms that sell them. For example, the FCA is proposing companies produce periodic “sustainability product-level reports” that demonstrate how they’re making progress on sustainability issues.

The proposed rules are open for public consultation until January 25, 2023.

The regulator said the ads, seen on bus stops in London and Bristol in October 2021, did not comply with rules about making “unqualified claims” without supporting information. The offending ads depicted climate-themed images and text promoting HSBC’s green credentials. One read: “Climate change doesn’t do borders. Neither do rising sea levels. That’s why HSBC is aiming to provide up to $1 trillion in financing and investment globally to help our clients transition to net zero.” The second read: “Climate changes doesn’t do borders. So in the UK, we’re helping to plant 2 million trees which will lock in 1.25 million tonnes of carbon over their lifetime.” The ASA received 45 complaints that the ads were misleading about HSBC’s climate efforts.

The regulator ruled that the ads could hoodwink consumers into believing that HSBC is not involved in climate-harming activities when it is a major investor in fossil fuels and carbon-intensive businesses. This omission of “material information,” the ASA said, “was likely to affect consumers’ understanding of the ads’ overall message, and so should have been made clear.”

The ASA concluded that HSBC would have to ensure future climate-focused ad campaigns were “adequately qualified” and “did not omit material information about its contribution to carbon dioxide and greenhouse gas emissions.”

Ravi Menon, the managing director of the Monetary Authority of Singapore (MAS), said public-private financing partnerships have to be scaled up to accelerate the net-zero transition.

In an October 4 speech, Menon called for “a more systematic and coordinated approach” to supporting “blended finance” solutions. This would entail public and/or philanthropic bodies taking on some of the investment risk linked with climate-related projects that are predominantly financed by private sector entities.

“[W]e need to reduce the risks in marginally bankable transition projects to attract private capital,” said Menon. “The return profile on many such projects is not commensurate with the risks facing private financiers or investors. To reduce overall risk and improve bankability, we need more catalytic and concessional funding from the public sector, multilateral development banks, and philanthropic sources. Such funding can be in the form of grants, risk-sharing arrangements, debt at below-market rates, technical assistance, and structuring advice. They can help crowd in additional multiples of private sector funding.”

Menon added that annual blended finance has averaged less than USD$10bn a year since 2015, far less than what’s needed to facilitate the low-carbon transition.

The ‘Pilot Green and Sustainable Finance Capacity Building Support Scheme’ has HKD$200m set aside “for the training and acquisition of relevant professional qualifications in sustainable finance.” The HKMA said the three-year scheme is intended to increase sustainable finance expertise across the industry. The scheme is administered by the Green and Sustainable Finance Cross-Agency Steering Group, of which the HKMA is a member.

The SFWG, a panel of finance ministers and central bankers from the world’s largest economies, was set up in 2016 to identify and overcome barriers to green finance and to align the global financial system with the 2015 Paris Climate Agreement. In its annual report, the group outlined 22 transition finance principles that cover a range of topics — from the implementation of climate-focused investment taxonomies to the role of multilateral development banks.

There are six principles concerning the reporting of transition activities and investments. These recommend that jurisdictions and financial institutions disclose:

The International Sustainability Standards Board (ISSB) voted to require companies to report their Scope 1, 2, and 3 emissions under its soon-to-be-finalized climate disclosure rules.

At its October meeting, the board said this data would have to be disclosed according to the GHG Protocol Corporate Standard, a global emissions accounting benchmark. It also announced plans to draft “relief provisions” to make it easier for companies to produce their Scope 3 data. Scope 3 emissions come from the pollution linked with companies’ supplies and end products.

On October 13, the Financial Stability Board (FSB) released a final report on supervisory and regulatory approaches to climate risks, urging global authorities to account for systemic climate risks.

In the report, the FSB, a panel of central bankers and government finance officials, said watchdogs should run climate scenario analyses and stress tests to better understand how climate risks could destabilize the financial system. It also prompted authorities to work together on cross-border climate scenario exercises to paint a picture of system-wide risks.

The report highlighted regulators’ ongoing challenges in tackling climate risks. The panel said a lack of “consistent, comparable, granular and reliable” climate data is a major issue, in addition to the poor quality of climate-related metrics.

Another FSB report, also published on October 13, analyzed the climate-related financial disclosure landscape and different authorities’ progress establishing climate reporting requirements. Of 25 jurisdictions covered by the report’s survey, 14 said they have requirements, guidance, or expectations in place, while nine have plans in progress, and two have no plans to mandate disclosure.