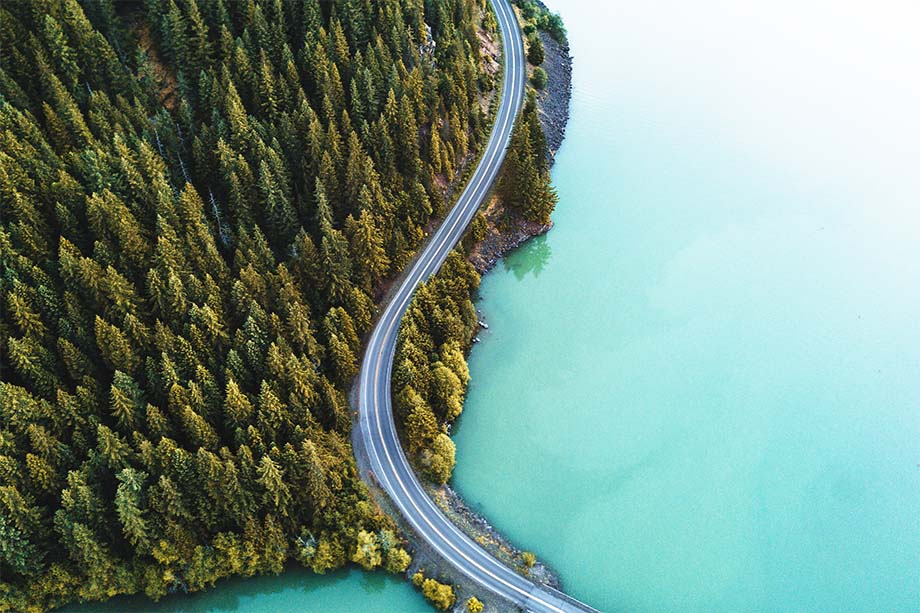 Bank of America, Citigroup, Goldman Sachs, JP Morgan Chase, Morgan Stanley, and Wells Fargo will all take part in the exercise. In a September 29 statement, the central bank said the firms will “analyze the impact of the scenarios on specific portfolios and business strategies.” After this, the Fed will review the results and engage with the firms “to build capacity to manage climate-related financial risks.”

The Fed said it will publish aggregated insights from the exercise, but not firm-specific information. It also emphasized that the exercise will not result in any capital or supervisory actions for the banks.

The US Office of the Comptroller of the Currency (OCC) announced Dr Yue Chen as its first chief climate risk officer on September 12.

Chen, who previously served as the New York State Department of Financial Services’ first executive deputy superintendent of the climate division, will lead the OCC’s new Office of Climate Risk and will oversee climate-related bank supervision and policy.

She will report to OCC Acting Comptroller Michael Hsu, who has prioritized tackling climate-related risks to the financial system.

At a public meeting on September 28, a commissioner at the US Commodity Futures Trading Commission (CFTC), Christy Goldsmith Romero, said “it is no longer a choice, but an imperative” for the agency to “enhance its ability to identify and monitor climate-related risk that impacts our markets and market participants.”

Speaking before the CFTC’s market risk advisory committee, Romero explained that promoting resilience to climate risks across exchanges, clearing houses, and other market intermediaries is one of her priorities. At the meeting, members re-established the climate-related market risk subcommittee that was first set up in 2019. This subcommittee published a seminal report on managing climate risks to the US financial system in 2020.

The European Central Bank (ECB) detailed how it would “tilt” its corporate bond portfolio away from climate laggards as part of its plan to decarbonize its debt holdings.

In an FAQ released September 19, the ECB said it will give corporate issuers climate scores that will be used to determine how much of their debt the central bank will buy from October onward. The ECB will purchase more bonds from high-scoring corporates than low-scoring ones and limit the amount of long-dated bonds from low-scoring firms.

Each company’s climate score is based on three sub-scores: one covering past greenhouse gas emissions, a second accounting for its forward-looking emissions targets, and a third referencing the quality of its emissions disclosures.

The ECB also said it may give “preferential treatment” to companies’ green bonds “subject to certain conditions.” Specifically, this will depend on how aligned a given issuance is with established green bond standards and on whether there is third-party assurance that the bonds’ proceeds will be used for climate-friendly activities.

The ECB said it would start publishing climate-related information on its corporate bond portfolio from the first quarter of 2023 onward.

Published September 30, the RTS spell out how firms can satisfy reporting obligations under the European Union’s Sustainable Finance Disclosure Regulation (SFDR) — a package of rules intended to combat greenwashing in the financial services industry.

The ESA’s draft standards fill one of the SFDR’s gaps, which was caused when European policymakers added fossil gas and nuclear power to the EU sustainable taxonomy in February. The taxonomy identifies economic activities that align with the bloc’s environmental and climate targets. Since the SFDR requires financial institutions to produce disclosures that reference the taxonomy, the ESAs had to add existing fossil gas and nuclear power to their existing block of RTS.

Specifically, the draft RTS would add a yes/no question to the standardized SFDR product disclosure template, which identifies whether a financial product is exposed to fossil gas or nuclear power. For products that are exposed, the RTS would require firms to produce a graphic showing how much a product is invested in these activities.

Reporting obligations under the SFDR are expected to be enforced beginning January 1, 2023. Given the tight time frame, the ESAs have deferred to the Commission on the new draft standards’ application date.

On September 30, EIOPA published its 2023-2026 strategy, which includes a focus on sustainable finance.

One of the agency’s six strategic priorities for the next three years is to build up “sustainable insurance and pensions, including by addressing protection gaps, for the benefit of EU citizens and businesses.”

In support of this priority, EIOPA said it would “become a centre of expertise in the identification and assessment of sustainability risks,” including greenwashing-related risks. The agency also said it would run regular climate stress tests of the firms it supervises and establish a “sound prudential and conduct framework that integrate[s] sustainability risks in a fair, proportionate and evidence-based manner.”

The EBA released its work plan for 2023 on September 29. The plan describes how the agency intends to build out its environmental, social, and governance (ESG) risk assessment tools “to enable efficient monitoring of ESG risks in the banking sector and development of the green financial market.”

The UK Prudential Regulation Authority (PRA) said it will have expanded scope to adapt its rules to address climate risks following the passage of the Financial Services and Markets Bill. This legislation is currently being scrutinized by lawmakers and was introduced to clarify the UK’s financial regulatory framework in the wake of the country’s exit from the European Union.

In a discussion paper circulated on September 8, the agency laid out its future approach to policy as it takes on broader rulemaking responsibilities under the bill. “The ability to update rules directly in the PRA Rulebook will allow us to respond quickly to changes in the external environment,” the paper says. “We will have more scope to adapt our rules to account for new risks and innovations (for example from climate change or in fintech), and to calibrate our approach in a way that better reflects the characteristics of our regulated firms and the UK financial system.”

The Pensions Regulator (TPR), the UK agency that oversees workplace retirement schemes, updated guidance on September 29 that sets out how pension fund trustees should comply with rules on producing metrics that show how aligned their portfolios are with a 1.5°C warming limit.

The guidance is intended to help trustees comply with pensions regulations which kicked in on October 1 for schemes that are £1bn (USD$1.1bn) or more in size. Under the regulations, trustees must calculate portfolio alignment metrics that show how in-sync their investments are with climate goals “as far as they are able.” The regulations also push trustees to undertake climate scenario analysis and get hold of the Scope 1, 2, and 3 emissions data they need to populate their climate metrics.

The UK government released a proposal that would require the country’s largest public pension scheme to address climate risks.

The proposal was published by the Department for Levelling Up, Housing and Communities on September 1 and concerns the Local Government Pension Scheme (LGPS), which has £342 billion (USD$394.7 billion) in assets. It would require the LGPS to implement climate governance, strategy, and risk management practices. It would also compel each LGPS administering authority to publish an annual “Climate Risk Report” based on the recommendations of the Task Force on Climate-related Financial Disclosures.

The proposal would oblige the LGPS to calculate and publish the carbon footprint of its portfolio and to estimate how each of its funds’ assets, liabilities, and investment strategies would fare under at least two climate scenarios.

The proposal is open for public consultation until November 24.

On September 12, the Monetary Authority of Singapore (MAS) and the Singapore Exchange (SGX Group) launched an ESG disclosure platform, which listed companies can use to report climate metrics under both voluntary and compulsory reporting frameworks.

ESGenome is intended to help firms report the 27 core SGX-recommended ESG metrics and to comply with climate reporting requirements that are being phased in for all exchange-listed issuers. The platform can also be used to produce disclosures that are aligned with other frameworks, like the TCFD and the Global Reporting Initiative.

In December, the XRB will issue the final climate disclosure standards, which will come into force in 2023. Disclosures will be mandatory for publicly traded companies with a market capitalization of more than NZ$60mn, as well as for large insurers, banks, credit unions, building societies, and investment schemes with more than NZ$1bn in assets. Certain Crown financial institutions — those managed by the government — will also fall under the new requirements.

The framework paves the way for the government to issue New Zealand’s first green sovereign bond, the proceeds of which will be used to fund projects that help the country achieve its climate ambitions. New Zealand is aiming to reduce net greenhouse gas emissions by 50% by 2030 and to achieve net-zero emissions by 2050. The first issuance is expected in late 2022.

The International Sustainability Standards Board (ISSB) met on September 20 to 23 and agreed to allow deliberation over certain parts of its draft sustainability- and climate-related reporting standards.

These parts relate to the current and anticipated effects of sustainability- and climate-related risks and opportunities to an entity’s financial performance, financial position, and cash flows. The ISSB members also said they would address the standards’ “scalability” so that entities with varying capabilities and preparedness levels could apply them.

For the climate-related standards, the ISSB “tentatively decided” to redeliberate the aspects that touch on strategy and decision-making, including transition planning, climate resilience, greenhouse gas emissions, and industry-based requirements, which encompasses both financed and facilitated emissions.

The ISSB said it would begin redeliberating the draft standards in future meetings and decide on the mechanisms it could use to address their scalability.

The Network for Greening the Financial System (NGFS), the club of climate-focused central banks and supervisors, released a third vintage of climate scenarios on September 6.

The scenarios cover six potential climate outcomes and how they may impact the global economy and financial system. Two explore an orderly low-carbon transition, two a disorderly transition, and two a “hot house world” outcome. All the scenarios are aligned with those used by the Intergovernmental Panel on Climate Change to produce its Sixth Assessment Report, which was published last year.

This latest vintage also includes potential loss estimates from extreme weather events like floods and cyclones. They also consider the country-level climate commitments made at the United Nations Climate Change Conference in November last year, plus the latest GDP and population projections.

The International Organization of Securities Commissions (IOSCO) has encouraged global standard-setters to establish assurance and ethics standards for sustainability-related reporting.

The IAASB and IESBA met separately in September to clarify their work plans for the assurance standards. The IAASB is working on a proposal for a new assurance engagement standard, which could serve as “a global baseline” for professional assurance providers. Meanwhile, IESBA is considering its own approach to sustainability assurance and sustainability reporting standard-setting. The organization intends to approve a project plan by December.

“There is a growing trend of stakeholders seeking assurance of sustainability-related information, whether on a voluntary basis or to meet regulatory requirements,” IOSCO said in its announcement. “The IAASB and the IESBA work is an important response to the accompanying market demand for robust standards applicable to all providers of sustainability assurance that can be used to foster independent, high-quality engagements and consistent practices.”