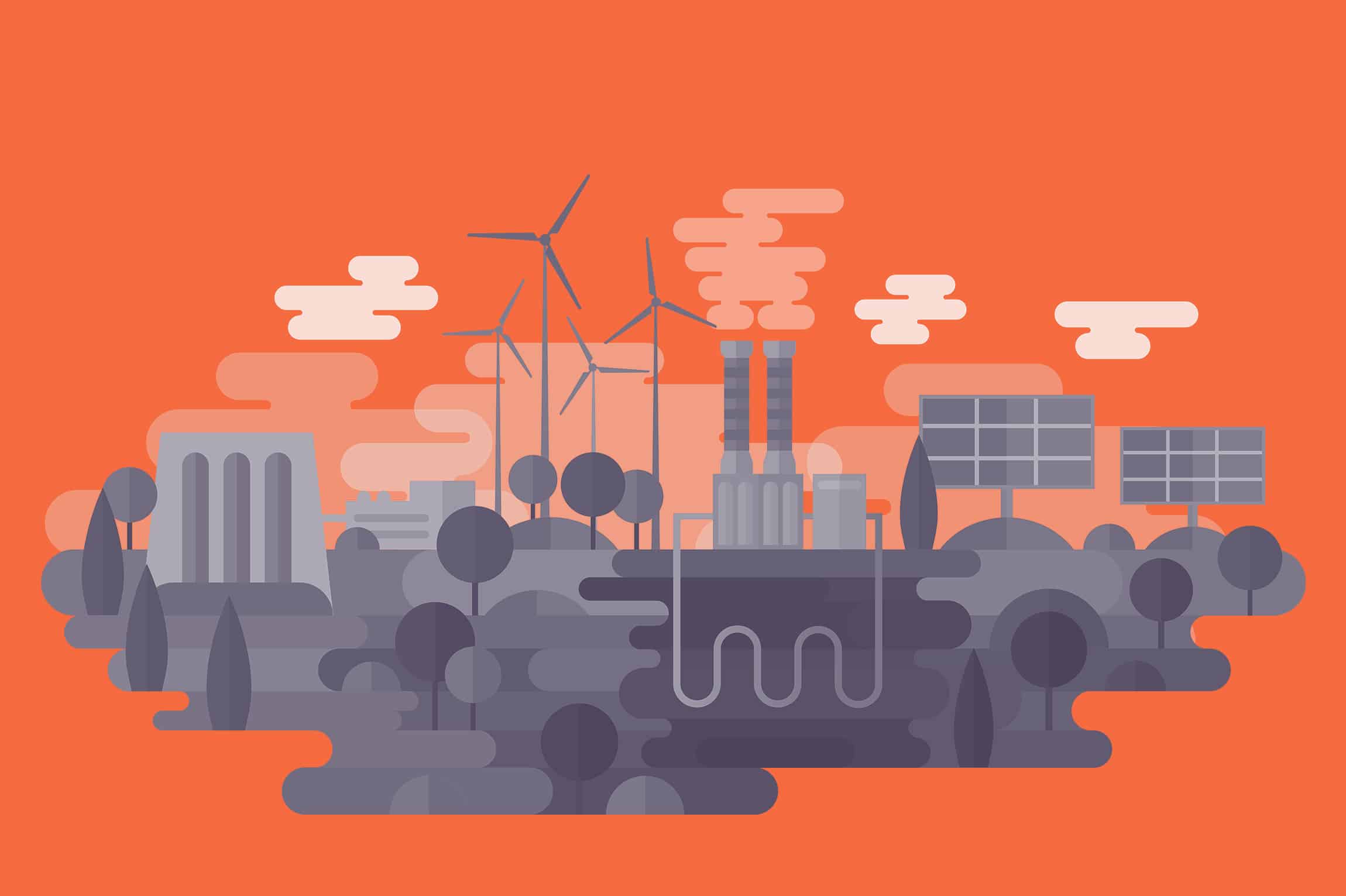 There’s no shortage of recent publications from international agencies focusing on the energy transition to net-zero. Most share common features: an urgent call to action, another prompt to investors to re-map their investments, and a degree of generalization that makes it hard for any single organization to act. Although we’ll look at all three features in this blog, we’ll spend most of our time on the last one, because it’s the translation from roadmaps to plans that will make or break our collective shift to a net-zero and climate-resilient world.

Energy roadmaps and pathways to net-zero

In May 2021, the International Energy Agency (IEA) released its ground-breaking roadmap describing how the global energy sector can zero out its emissions by mid-century. More recently, in June 2021, the International Renewable Energy Agency (IRENA) issued its own take on the energy transition required to meet the emissions reductions required to give us the best chance of keeping the global mean increase in temperatures to 1.5°C above pre-industrial levels. Although they differ in detail, the IEA and IRENA publications share a common language on the scale, importance, and pressing nature of the challenge.

The IEA and IRENA publications do provide some cause for optimism. Most importantly, both support a conclusion that it is still possible to achieve an energy transition that is both effective and economically positive. Further, both publications report the rapid deployment of cost-competitive low-carbon technologies that is already occurring, findings that are now widely supported.

Any optimism we might have cannot, however, overshadow the magnitude of the challenge that we still face. Previously, we reported on a review by the New York State Common Retirement Fund, which concluded that global investment in clean energy and low carbon opportunities would need to increase by five times to limit warming to 1.5°C above pre-industrial levels.

The IEA roadmap builds on those findings. It contemplates a massive contraction in the fossil fuel industry over the next decade, which coincides with a corresponding, and similarly staggering, increase in clean energy investment.

Understanding the Costs of Electricity

The power generation industry generally uses a concept called “levelized costs of generating electricity” (LCOE). In simple terms, LCOE compares the total costs of an electricity generating facility over its lifetime (covering e.g. construction, financing, operation, and maintenance) against the total amount of electricity it is expected to generate over the same period. It’s been known for some time that the LCOE of certain clean energy technologies has been cost competitive with conventional energy sources (see for example, the US Guide to Purchasing Green Power). More recently, IRENA made the bolder and more general statement that renewables are the cheapest source of power. The picture is a little more complex than that, but the trend is clear; private research firm Lazard provides periodic analyses, which show LCOE (on an unsubsidized basis) for all energy types.

The roadmap presented by the IEA requires vast amounts of investment; it notes that the radical transformation needed hinges on massive investment in energy generally, and a big shift in capital allocation away from fossil fuels. Following the IEA roadmap would require the total annual capital investment in energy to increase from 2.5% of global GDP to 4.5% in 2030, a finding that is made more remarkable by the IEA’s statement that there should be no new fossil fuel exploration or development (beyond fields already approved for development). Seen together, GDP share of energy and shift away from fossil fuels illustrates the scale of the shift.

This investment gap provides a huge opportunity for investors that are ready to capitalize on low carbon energy and resource efficiency measures, which is additional to the investments required in connection with adaptation projects. The problem is that the re-mapping of investment towards these opportunities, and away from conventional and environmentally destructive practices, is not happening fast enough.

There are a number of reasons for this. One reason is that developers and investors have financial models that were built around 20th century fossil fuel investments, and it takes time to re-calibrate them towards low-carbon investment.

Another reason, and one that is the focus of the remainder of this blog, is that it also takes time to catalyze a roadmap or pathway into specific action.

Roadmaps and pathways (terms that are often, although not always correctly, used interchangeably) are tools to think about the future. They are critical for that. But they are also inherently limited – particularly when used by international agencies – by generalization. That is to say, they are necessarily speaking to a global audience, which means that it’s sometimes difficult for organizations to distill decision-useful information for ‘here and now’ choices.

Turning global roadmaps into effective action needs engagement from all participants in a system. Take an electrical grid as an example, which is part of the broader energy system.

As a general rule, an electricity grid – the system of power plants and poles and wires that transports electricity around a given geography – is a real-time system. Put simply, that means the energy supply (power generation) at any given time must equal the energy demand (energy consumption) at the same time. This is called grid balancing, and it’s an intricate dance of high-powered systems. It’s also a dance that has been refined over many decades (at significant cost).

The complexity of the energy grid has – excuse the pun here – huge inertia that resists change; it’s difficult to disrupt your way out of that. For example, the construction of a new renewable energy resource can have a destabilizing effect on an electrical grid. To prevent that from happening, the sponsor of a new renewable energy project needs to get support from many different stakeholders: governments and regulators, who are responsible for making sure there’s sufficient generation capacity across the whole grid to meet demand at all times of the day; system operators, who must ensure there’s enough space on the poles and wires to transmit the new energy; and financing parties, who must be satisfied that the money they are investing will generate a return on investment.

Taking a broad statement like the need for a complete transformation in the energy system – which is a statement made by the IEA in its roadmap – and converting it into actionable business plans and investments in a specific area or sector takes time, money and lots of human capital.

But it is time, money and human capital that is worth the effort. The question for a business in the energy sector is when and how to make that investment.

The first part of that question is relatively easy; if we follow the IEA roadmap (and other publications like it), we are forced to reach the startling conclusion that an energy business’ next big investment decision will have a meaningful impact on our collective ability to hit net-zero by 2050. Put differently, if you are fortunate enough to influence an investment in a new power plant, you must have a compelling reason (and there are fewer than you think) to invest in anything other than a zero-carbon-ready power plant.

Supporting Growth in a Carbon-constrained World

The IEA acknowledges that the financial impact (e.g. on GDP) of the energy transformation differs among countries. However, one of the primary design objectives of the IEA’s roadmap was (in the IEA’s words) to maximise technical feasibility, cost‐effectiveness and social acceptance while ensuring continued economic growth and secure energy supplies. Further, it’s important to note the potential downside of failing to invest resources to change our energy systems. The IEA and IRENA reports do not focus on the physical impact of climate change; when the costs associated with physical risks are taken into account, the calculation becomes even more favorable to investing time and effort now to effect change.

The second part of the question – how to make the investment that is required – is more difficult. And that’s where a framework like the Task Force on Climate-related Financial Disclosures (TCFD) can help.

The TCFD is often viewed as a tool to help public companies disclose their risks from climate change. And it is good for that. But it’s also extremely helpful to a company that is thinking about the opportunities presented by climate change. This is because adopting the recommendations of the TCFD under its four pillars – governance, strategy, risk management and metrics & targets – allows a company to think critically about both its long-term vision and its exposure to disruption presented by physical and transition risks.

Put differently, the TCFD empowers a company in the energy sector to understand how it can survive and thrive in the transition to the net-zero world that is the common destination for us all.

How Manifest Climate can help

The power of the TCFD lies not just in its ability to improve transparency on climate-related risks and opportunities; it’s also a scaffold on which to build the business expertise required to move toward, and navigate in, a low-carbon world, and that remains true whether or not a business decides, or is mandated by law, to disclose its climate risks and opportunities. Manifest Climate is already working with companies that do not have an obligation to make any public disclosures to develop their TCFD expertise.

Whether you work for an energy company that’s looking to accelerate its plan for decarbonization, or an investor looking to make your investment decisions on energy a little easier, call us. We can help. We’ll work with you to turn international roadmaps into business action. Contact us today.