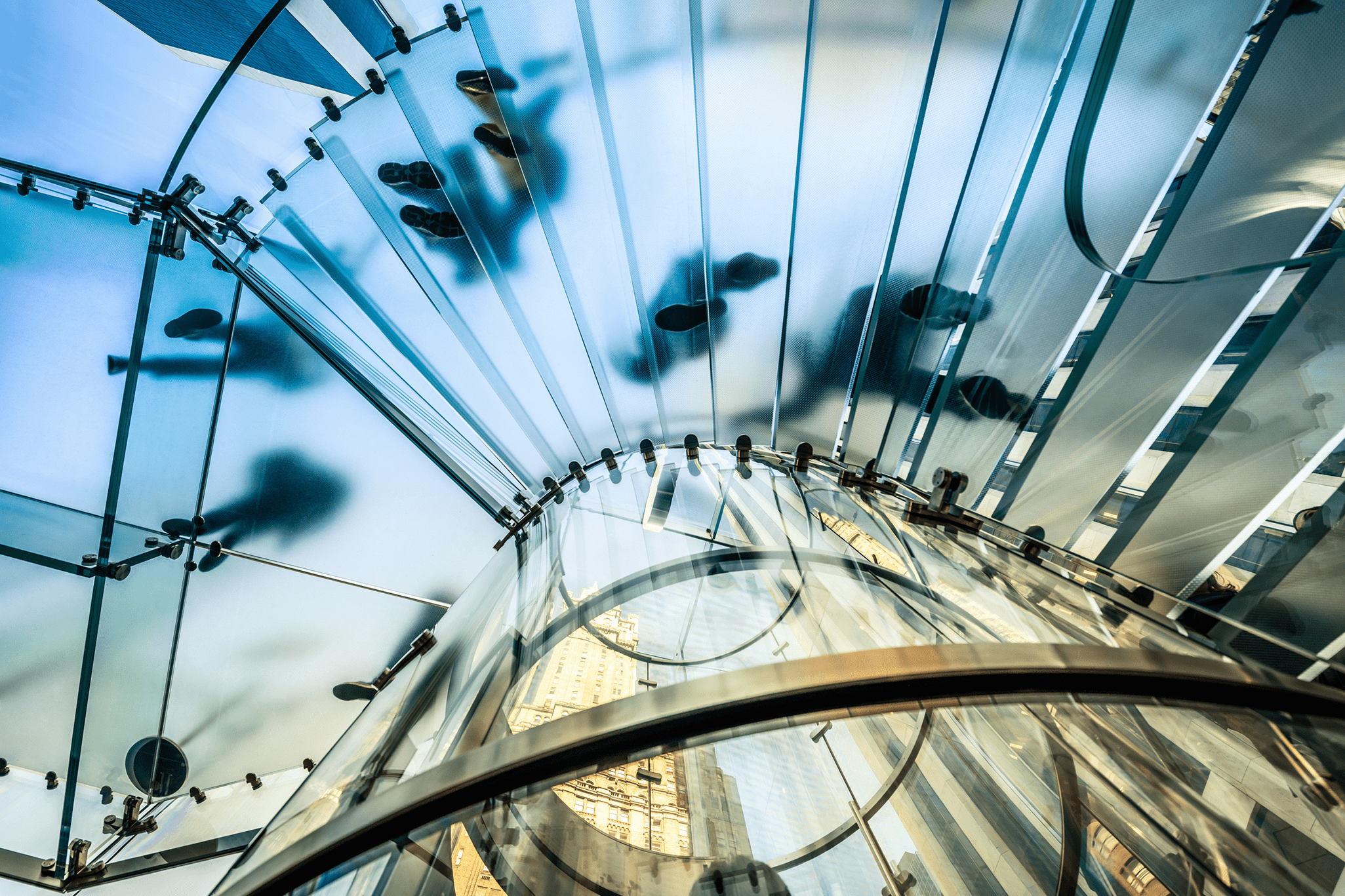 Climate risks will not obey a steady and predictable pattern as the world heats up. Beyond certain temperature thresholds, abrupt shifts in the climate system could occur with far-reaching consequences for the planet, the global economy, and human civilization itself.

These “climate tipping points” (CTPs) complicate the climate risk management calculus. As the relationship between climate risks and planet-warming emissions is non-linear beyond certain temperature levels, this makes it important to identify these limits and take steps to avoid breaching them.

A new study highlights the threat of CTPs to the earth’s systems. The research identifies 16 critical CTPs and their associated temperature thresholds, along with estimates of their impacts and time horizons. Significantly, five of the tipping points may have already been set off due to the 1.1°C of warming that’s already occurred. Moreover, five more tipping points risk being triggered at 1.5°C, the most ambitious warming limit enshrined in the 2015 Paris Climate Agreement.

Each CTP has the potential to exacerbate climate change by unlocking long-trapped reservoirs of greenhouse gas and eroding the planet’s capacity to absorb and store emissions. This feature of CTPs means that when one is triggered, it makes it more likely that others will be too — potentially unleashing a series of “cascading risks” that overwhelm humanity’s efforts to curtail emissions and build climate resilience.

Financial institutions should incorporate CTPs into their climate risk management plans. However, this task is complicated because of the inherent uncertainty over the precise temperature thresholds that CTPs are triggered by, as well as the time delays before their physical impacts occur. An additional challenge is modeling the connection between CTPs and economic losses so that institutions can quantify their potential risks.

Though CTPs lead to “abrupt shifts” in the earth’s systems, what counts as “abrupt” in a climatological sense rarely overlaps with how financial institutions understand the term.  While earth system changes can be locked in shortly after a temperature threshold is breached, it may take years to centuries for the related hazards to manifest. Physical impacts that crystalize over a century don’t matter to a bank’s five-year business plan. They also wouldn’t be factored into its risk forecasts, which don’t typically extend beyond a decade. In other words, by the time a CTP’s physical impacts threaten economic and financial stability, it may be too late for a financial institution to do anything about it.

Furthermore, the sheer scale of CTP impacts may render financial risk analysis moot. A bank may be able to model the impact on its real estate portfolio of more frequent and intense rainstorms and rebalance accordingly. But that same bank may find it impossible to plan for the eventual collapse of a region’s entire housing market because of a CTP-triggered sea level rise. This is especially true if the bank doesn’t know over what timescale this collapse will take place.

Difficulties in planning for CTPs could lead to inaction by financial institutions. As a result, firms may continue to lend and invest in markets that are doomed to fail, rather than directing capital toward activities that would prevent those failures.

It may be tough to fit CTPs into the traditional risk management paradigm, but this doesn’t mean they should be ignored. In fact, the threats posed by CTPs should influence financial institutions’ behaviors.

The latest CTP research shows that every fraction of a degree of warming avoided can be hugely consequential by reducing the likelihood that catastrophic tipping points are triggered. This should encourage financial institutions to take a precautionary approach to climate-harming investing and lending. Instead of focusing solely on the Paris Agreement’s 1.5°C and 2°C temperature limits, firms should consider how each little bit of warming their portfolios contribute to could affect CTPs.

This approach may cause financial institutions to amend their fossil fuel policies on a project-by-project basis. For example, a client looking to finance a new oil field that would produce enough hydrocarbons to raise global temperatures by 0.05°C may be turned away by a bank that calculates this degree of warming could trigger one or more CTPs. The bank may make this decision even if the client in question has a credible transition plan that’s aligned with a 2°C target.

Financial institutions may also want to include CTPs in their forward-looking climate scenario analyses. This is easier said than done since popular scenario toolkits are not set up to accommodate them. For example, the latest scenarios out of the Network for Greening the Financial System estimate the GDP losses from chronic physical climate risks but not from “extreme weather, sea-level rise or wider societal impacts from migration or conflict,” which are all by-products of CTPs. This puts the onus on institutions to add their own CTP modules to their scenario analyses.

These may have to be more qualitative than quantitative, given that empirical approaches are ill-suited to gauging the likelihood, timing, and magnitude of CTP-related shocks. One way forward may be for institutions to accrue a range of expert judgements on CTPs’ triggers and impacts and to use these as the basis for risk identification and management. This shouldn’t be completely uncharted territory. Banks have long used expert judgements to adjust their forward-looking credit loss assumptions and to resize their reserves as appropriate. Financial institutions could also undertake reverse climate stress tests. In these exercises, firms would start by identifying what external shocks would cause them to implode and work backwards to discover what climate scenarios could trigger them.

CTP analysis may also change how financial institutions assess climate opportunities. For example, if an investor believes that a certain CTP has been triggered and has mapped out the potential impacts using scenario analysis, they may predict a surge in demand for climate resilient infrastructure in specific regions. This may make climate adaptation-focused investing more attractive, relative to before the CTP was triggered.

On the flipside, certain CTP impacts may be so devastating that adaptation measures won’t make a difference. In anticipation of future losses, institutions that recognize this may pull financing from these locales, unless public entities take on some of the risk.

Since CTPs could dramatically alter the climate risk outlook, policymakers may want to increase their oversight of entities that may contribute to them — including financial institutions. To complement this effort, they might also want firms to pay more attention to tipping points, particularly those at or near their temperature thresholds.

One way lawmakers could ensure that companies make this change is by forcing them to contextualize their financed emissions disclosures. A number of banks, asset managers, and insurers already disclose the emissions linked to their lending, investing, and underwriting activities. However, these figures are often reported without a description of what a given level of financed emissions means for the climate system.

Forward-looking portfolio alignment tools somewhat contextualize financed emissions disclosures, typically by converting a firm’s current financing activities into a temperature score. Companies use these scores to show they’re aligned with 1.5°C and 2°C temperature targets, however they could also use them to illustrate how their activities contribute to CTP temperature thresholds. Another way firms could do this is by benchmarking their financed emissions numbers against the remaining carbon budgets for specific CTP temperature thresholds, especially those that pose risks to their own long-term climate plans.

These kinds of disclosures would emphasize the relationship between institutions’ activities and CTPs’ physical impacts. They could also sharpen stakeholders’ focus on companies’ near-term climate plans. Many firms have published 2030 and 2050 climate plans, with some including portfolio alignment targets and financed emissions goals . But the proximity of certain CTP temperature thresholds suggests greater attention should be paid to short-term decarbonization plans. CTP disclosures could help with this.

The threat posed by climate tipping points ultimately requires that financial institutions take a more granular approach to climate risk management. Instead of fixating on the Paris Agreement temperature targets, companies should consider how the world could change irrevocably with each fraction of additional warming and adjust their short- and long-term plans accordingly.