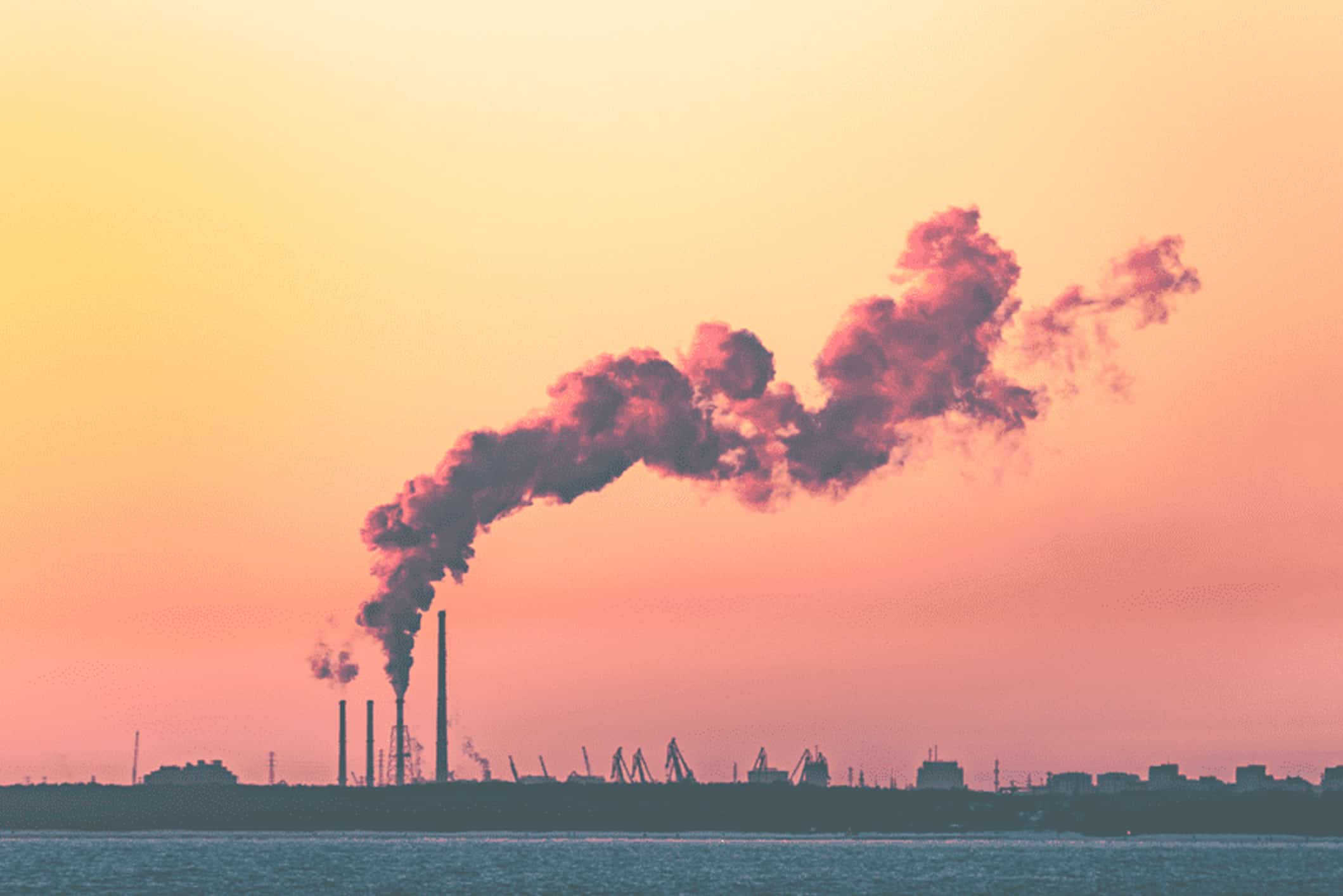 Has the backlash against financed emissions begun?

“Financed emissions” are no longer in vogue.

Last year, they were all the rage. The Net Zero Banking Alliance (NZBA), launched in April 2021, bounds its members together with a shared commitment to transition all the emissions from their lending and investment portfolios to net-zero by 2050. A rash of major lenders subsequently announced plans to do so, including Wall Street giants JP Morgan, Goldman Sachs, and Wells Fargo.

2021 also witnessed the explosive growth of the Partnership for Carbon Accounting Financials (PCAF), an industry-led group committed to developing standards for the calculation and reporting of financed emissions. Coming into 2021, PCAF — which started as a grouping of small Dutch lenders in 2015 — had 91 members. A year later it had more than doubled that tally, and attracted big name supporters including BlackRock, MUFG, and Deutsche Bank.

However, a series of publications in recent weeks suggests the debate on how to finance the low-carbon transition and ameliorate climate risk across financial institutions is moving beyond financed emissions. One report, from the European think tank Finance Watch, is openly critical of financed emissions-based approaches to achieving net-zero goals. The group argues that there is a limit to what portfolio decarbonization can achieve, and that the widespread use of carbon intensity as a measure of financed emissions can often allow institutions to increase their absolute carbon footprint while claiming to pursue net zero.

Fresh guidance from the Glasgow Financial Alliance for Net Zero (GFANZ) — the umbrella organization for a host of climate finance initiatives, including the NZBA — also de-emphasized financed emissions in its recent guidance on financial institution net-zero transition plans:

“A narrow focus on financed emissions in target setting and measurement might incentivize selecting low-emission assets and clients, as this would reduce a financial institution’s footprint quickly and in a manner for which established accounting methodologies exist. However, such an approach does not guarantee that portfolio assets and clients are aligned to a 1.5 degrees C pathway or that emissions in the real economy are reduced. At a global level, this approach redirects capital away from high-emitting portfolio companies and clients that require capital and other services to enable their net-zero transition”

Arguments of this kind have been pinging around the climate finance world for some time. Plenty of experts inside and outside the sector have asserted that if the goal of net zero is to decarbonize the real economy, then scrubbing carbon from financial institutions’ balance sheets isn’t the way to go about it. After all, a bank could easily cut its financed emissions by selling off a ‘dirty’ loan book to a third party that doesn’t care about decarbonization. Depending on how it calculates its financed emissions, a lender could also reduce its carbon tally by keeping its exposures to carbon-intensive activities steady while ramping up its lending to low-carbon businesses — or by simply allowing its dirtiest loans to amortize over time.

But if measuring and reducing financed emissions can’t advance net-zero goals in the financial sector, what can? There’s no shortage of ideas. Finance Watch says banks should add teeth to their engagement strategies, for example by embedding climate covenants in loan documentation. Such covenants would set out certain actions that a lender would take if a borrower welched on its climate commitments — from increasing the borrower’s cost of capital to accelerating their loan’s repayment schedule.

The Science-based Targets Initiative (SBTi) has also argued in favor of tougher engagement, and believes financial institutions should adopt escalation processes in case their clients are unresponsive, one that progressively ratchets up the pressure on recalcitrant businesses and culminates in divestment.

Meanwhile GFANZ, in its recent guidance, talks up the importance of financing emissions reductions, as well as supporting real-economy firms that may be carbon-intensive today, but have a plan to transition to net zero.

However, the recent shift in emphasis away from financed emissions does not necessarily spell the end for the metric. It has plenty of advantages as an organizing principle for climate action, after all. For one, financed emissions are quantifiable. Banks and asset managers want to be able to communicate their climate progress to stakeholders using hard data, in tonnes of absolute emissions or degrees of carbon intensity. They also want to use a rubric that produces good copy for their annual filings. Certainly, dollar amounts pledged to low-carbon businesses and the share of loans tied to climate covenants can also be used to illustrate a firm’s climate ambition. But they don’t as clearly convey its ongoing contribution to climate change the way financed emissions do.

Furthermore, financed emissions provide a solid foundation for the setting of climate targets. A host of lenders and money mangers have already established baseline financed emissions to anchor their portfolio decarbonization efforts. Other climate-friendly metrics are less tangible, and more subjective — and therefore less suitable for target setting. Take the example of a ‘green asset ratio.’ First, a bank would have to disclose how it defines a ‘green asset’ and how financing these advances societal climate goals. Then it would have to determine what ratio of green assets to non-green assets would have to be achieved for it to be in alignment with these climate goals. Managing all this without bamboozling investors and climate activists is a tall order. Of course, that hasn’t stopped certain regulators from pursuing such metrics anyway.

Financed emissions also focus attention on banks’ and asset managers’ most polluting assets, and in turn concentrate the efforts of boards, relationship officers, and external stakeholders on dealing with these ‘carbon hogs’. Disclosures vary from bank to bank, but it is notable than many have reported at least some emissions data on their oil and gas portfolios. In part, this is because methodologies for assessing the carbon footprint of this industry are more advanced than for many other sectors. But it is also because they are the dirtiest portions of firms’ balance sheets — and the financed emissions metric incentivizes them to work on these first and foremost.

A fourth advantage is that raising and lowering financed emissions are within a financial institution’s control, the way real-economy emissions are not. Sure, a bank or asset manager can pressure a client through engagement to shrink their absolute emissions or improve their carbon efficiency — but they can’t guarantee their efforts will bear fruit. In contrast, an institution can dial up or down its financed emissions by rejigging its portfolios in a whole host of ways and engaging in the sort of financial engineering its employees are well versed in. Is this the best way to achieve net-zero emissions in the real world? Probably not. But it’s easy to see why it’s an attractive option to financial organizations that simply want to be able to demonstrate progress toward their climate goals.

Moreover, it’s arguably too early to say to what extent financed emissions can or cannot drive real-world economy emissions. Substantive financed emissions disclosures from major institutions, and associated emissions reduction plans, have only come out over the last 18 months or so. The deployment of financed emissions metrics and associated targets could and should lead to heightened carbon efficiency across borrowers and investees if they value the quality of service they get from the firms using them. Where clients don’t care, they will likely faced divestment.

Yes, there are concerns — very credible concerns — that this would simply push the dirtiest companies in the world into the arms of unscrupulous private finance companies and state-owned entities (SOEs). But in many cases this wouldn’t be a get-out-of-jail-free card. Unregulated financial entities are typically less well capitalized and more vulnerable to shocks then their brethren in the ‘respectable’ financial sector, and the fortunes of SOEs can wax and wane with the political tides of their host countries. With financiers like these, it’s questionable whether ‘carbon hogs’ would stay viable for long.

For these reasons and more, financed emissions won’t be cast aside by banks and institutions anytime soon. What’s more likely is that the metric will continue to be used to anchor financial institutions’ climate targets, but that additional disclosures and accompanying narratives will increasingly be deployed to contextualize how these targets will be achieved, and how they relate to real-economy emissions reductions. This incremental evolution of the financed emissions metric should improve, rather than obfuscate, the climate efforts of the world’s top financial institutions.