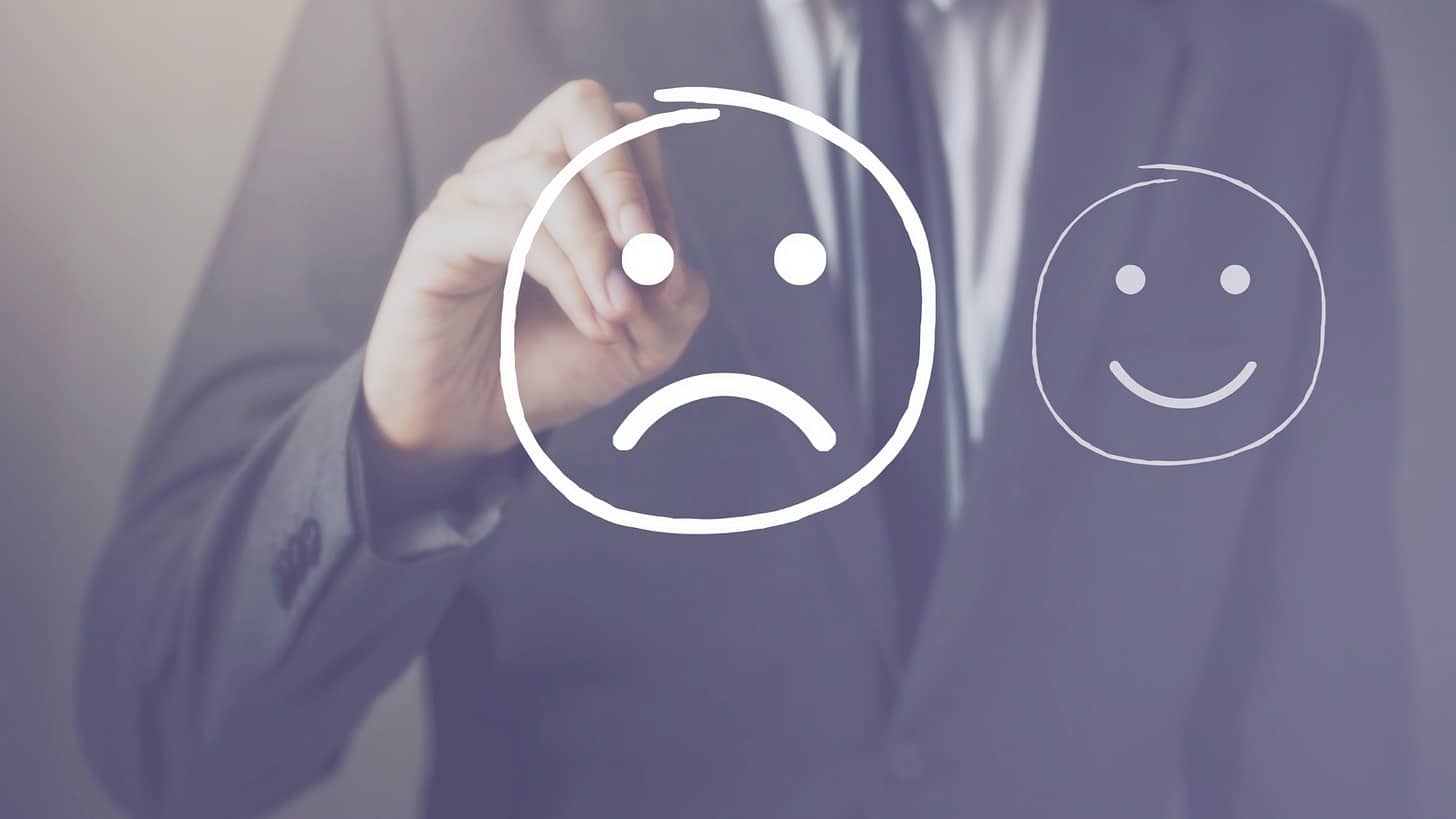 Resource constraints and a lack of incentives are two obstacles. But small lenders shouldn’t let these stymie their efforts

As scorecards go, it was dismal. The European Central Bank (ECB) polled its supervisees on their disclosure of climate-related and environmental risks as of 2020. Overall, 125 banks were assessed. Just 3% were found to disclose all the basic information expected by the agency.

Exhibiting all the restraint characteristic of a weighty regulatory authority, the ECB concluded that “institutions do not yet comprehensively disclose their risk profile” and “significant efforts are needed” to encourage transparency on the climate risks to which they are vulnerable.

Smaller banks — those under €30 billion in size — are particular laggards, the survey found. Less than 20% of these firms disclosed climate-related risks with the potential to have a material strategic impact, compared to over 50% of those €100-500 billion in size and over 80% of those larger than this. Only 8% of smaller banks reported the impact of climate transition risks over the short and long term, compared with 79% of those in the top tier.

“There’s so much work to be done,” says Monica Rebreanu, founder of IMPACTPlus, a sustainable finance and climate risk consultancy in France. To speed it along, she says banks — particularly those smaller banks — need incentives.

“They don’t have much of a carrot, unless the strategy of the bank is focused on climate opportunities. So these banks are waiting for the stick — that is for regulation that obliges them to commit resources to climate risk analysis and disclosures,” she explains.

Certain small banks recognise this themselves. Triodos Bank, a Dutch lender with around €18 billion in assets, encouraged the ECB to “make use of their supervisory powers” and develop specific requirements under the Capital Requirements Directive (CRD V).

Regulation is on its way. The European Union’s Non-Financial Reporting Directive (NRFD) is under review, a process that may result in the adoption of a common European standard incorporating principles from the Task Force on Climate-related Financial Disclosures (TCFD). Banks will also have to disclose their ESG risks — including those related to climate — in mandatory Pillar 3 reports under rules being drafted by the European Banking Authority (EBA).

Right now, though, sticks are in short supply. While it’s true that on November 27, the ECB published a final ‘how to’ guide for banks on identifying, managing and reporting on their climate-related risks, this is non-binding. Its expectations will instead be used as the basis for “supervisory dialogue”.

Without a firm regulatory obligation, experts say it could be tough to convince the EU’s smaller banks to prioritise climate disclosure. “It’s always been that systemic banks take the lead coming in and the smaller banks follow,” says Paul Dobbs, a UK-based independent global climate risk and regulatory consultant whose past clients include tier-one global banks, banking bodies, central banks and regulators. “There’s a specific reason for that: because smaller banks don’t have the cost base, the resources or the skill sets, they won’t enact changes unless they see the whole market going that way. That’s a continuing theme we’ve seen around many transformational regulations in the past,” he adds.

In addition, financial watchdogs typically adhere to a supervisory hierarchy, placing top lenders under constant scrutiny while smaller firms face less frequent grillings. While a systemic bank may be constantly prodded by its regulator to conform with certain guidelines or non-binding initiatives, minnows only have to endure the occasional chivvying.

“Where there are pockets of inactivity or knowledge gaps, those are easier to see in smaller institutions that are flying below the radar,” says David Carlin, program lead for the United Nations Environment Programme Finance Initiative’s (UNEP FI) TCFD banking pilot.

In a material world

Since financial assets so concentrated among top lenders, it makes sense that regulators are focused on these firms identifying, managing and disclosing their climate vulnerabilities. The stability of the financial system itself is at stake, after all. This does not mean, though, that climate risks are less dangerous to smaller banks. To some, they represent existential threats.

“You are more likely to suffer climate concentration risks as a smaller institution than a larger, more diversified one — because you’re in a small geographic area or lend to only specific sectors,” Carlin explains.

Take Hamburger Sparkasse (Haspa), a German savings bank with €47 billion in assets. As its name implies, Haspa services the Hamburg metropolitan region — a harbour city subject to flood risks from the North Sea and Elbe River. One-third of its loan portfolio is exposed to real estate and housing in the area. Should climate-related physical risks overwhelm the city’s flood defences, a huge chunk of the bank’s assets could be wiped out.

Such concentration risks should be analysed by banks and considered when determining whether or not certain climate threats could materially affect their strategy. However, not only did the ECB find that the majority of small banks reporting on climate risks said these would be immaterial — they also failed to disclose evidence to substantiate these conclusions. Put simply, stakeholders had no information with which to verify their assertions of immateriality.

This is something the agency is keen to remedy. Its recent guidance says institutions should justify an assessment of non-materiality, specifying and documenting the quantitative and qualitative information used to reach such a conclusion.

It may be that small banks simply aren’t clued up on what and how to disclose. As Rebreanu at IMPACTPlus explains, climate-related risk management and disclosure guidance is time consuming and hard to decipher. Still, this shouldn’t stop little lenders from taking their first steps.

“We suggest a three-phase approach [to disclosure] — Beginner, Intermediate and Advanced — based on the recommendations of the TCFD and benchmarks of current practices.  For less significant institutions, the Beginner version may well be the right target disclosure level, depending on their climate exposures and national requirements,” she says.

The ECB guidance itself is targeted at so-called “significant institutions”, those banks placed under its direct supervision because of their size, cross-border activities and economic importance. It recommends, though, that the blueprint be applied by national authorities to less significant institutions “in a manner that is proportionate to the nature, scale and complexity of the activities of the institution concerned”, suggesting the guidance could be relaxed for smaller firms.

UNEP’s Carlin, though, does not think climate risk disclosure rules should be watered down. “The case for a materially different approach is significantly weaker than it is for stress testing or other kinds of regulatory exams, a) because of concentration risks and b) the climate risks being pursued are no different [across bank size],” he says.

Besides enhanced regulatory scrutiny, concerted investor pressure has motivated big banks to produce climate disclosures in recent years. Campaign groups and advocacy organisations also target top banks to change their ways. Smaller banks, however, are less likely to be subject to such coercion.

UNEP’s Carlin says it’s up to other institutions to get them on the right track. Multilateral development banks (MDBs) are particularly well-placed to exert leverage, he thinks: “One of the things I want to do is get the MDBs to form guidance on TCFD for the financial institutions in their portfolios, because pushing this down to a regional level is one of the big goals and challenges”.

One prominent MDB, the European Reconstruction and Development Bank (EBRD), has €11 billion invested directly in EU financial institutions alone as part of its mandate to strengthen the banking sector in key economies. The European Investment Bank (EIB), its sister MDB, has €164 billion of loans outstanding to commercial lenders. These entities could use their heft to push their client banks to produce climate-related disclosures, as much to protect themselves from climate losses as to foster best practice throughout the industry.

Competitive pressures could also incent small banks to bulk out their disclosures. TCFD recommendations ask firms to write about both their climate risks and opportunities. Regional lenders looking to position themselves as green champions could use climate-related disclosures to tout their capabilities.

“If you are a financial institution that wants to facilitate green transactions and you don’t have the capital but are willing to attract that capital … then transparency is key to show track record in this space,” says Giel Linthorst, head of the secretariat at the Partnership for Carbon Accounting Financials (PCAF), a group of banks committed to calculating and disclosing the emissions financed through their lending and investment portfolios. Many of the members of this coalition are small, European lenders — proof that size need not be a barrier to effective disclosure.

Still, the number one factor determining whether or not a small bank puts together a robust disclosure will be its bottom line. Budgets are stretched thin as they are, and to produce quality climate-related reports, firms need to build up their understanding of climate change internally, buy and start collecting climate risk data, select and implement reasonable methodologies and more.

Dobbs speculates that competing priorities may overwhelm smaller firms. “Don’t forget: banks are in a regulatory tsunami. It isn’t just TCFD disclosure — you also have other large transformational regulations such as  FRTB [the fundamental review of the trading book], Libor transition and CRD V and many more also coming in. This is a problem banks always face. Often, they take on one regulation first and move to the next, then complain they aren’t going to finish them all in time. I do wonder what this tsunami means for banks in terms of profitability, because where are they going to get all the money from to handle all these?” he asks.

The outlook is grim. The ECB’s own Financial Stability Review estimates that bank profitability forecasts for 2021 and beyond will be revised downwards in light of the resurgent Covid-19 pandemic across Europe. This will deplete banks’ war chests, and make it all the more likely that climate disclosure projects, absent a binding regulatory mandate, get shelved.

PCAF’s Linthorst, though, thinks the cost challenges are overblown: “Yes, they have resource constraints, but doing this [disclosure] exercise should be easier for them. Why? Because they are closer to their clients [and] they often have more understanding of where their money goes — and that’s a key component to assessing the impacts,” he says.