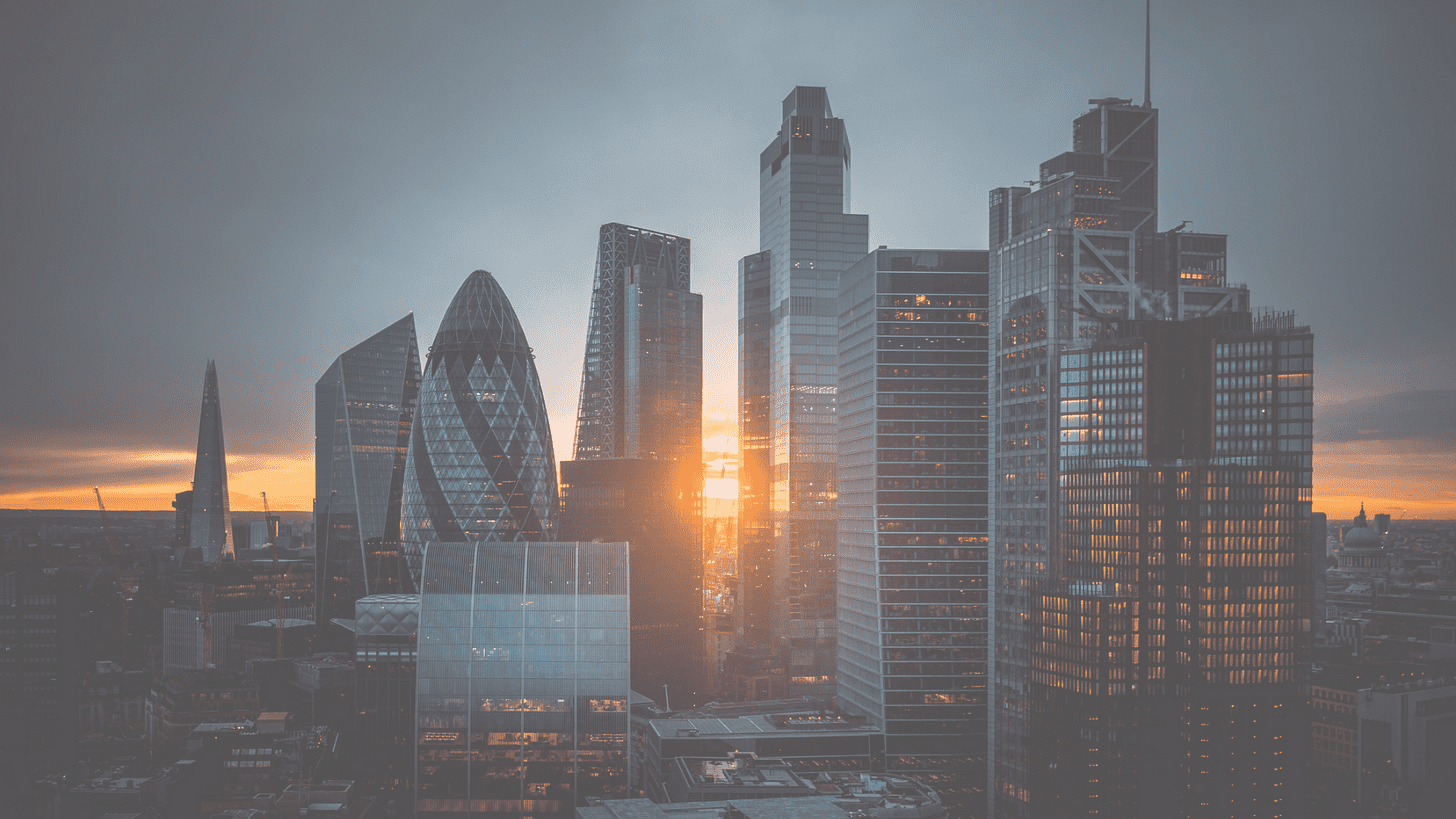 Over a two-year period, the TPT will develop recommendations for a ‘Transition Plan Disclosure Framework’ that UK publicly traded companies and financial institutions will have to abide by. The Taskforce will also design sector-specific ‘Transition Plan Templates’ with accompanying guidance on metrics and targets. These are intended to standardize the public reporting of company plans and combat ‘greenwashing’.

At the UN Climate Change Conference in Glasgow (COP26) last year, UK finance minister Rishi Sunak said the government would instruct companies to produce “clear, deliverable” transition plans from 2023 onwards. The TPT is scheduled to make its recommendations by the end of this year, which will make up the “gold standard” for these transition plans.

“Preventing the worst impacts of climate change will take all businesses developing ambitious, consistent transition plans to get us to a low carbon future,” said Amanda Blanc, co-chair of the TPT and group Chief Executive Officer at UK insurer Aviva.

A Europe-wide systemic risk buffer (SyRB) for banks should be used to capitalize institutions against physical and transition risks, the European Central Bank (ECB) has said.

In an opinion paper sent to the the European Parliament and Council on Wednesday, the ECB laid out its views on the European Commission’s proposed amendments to the bloc’s banking rules — known as the Capital Requirements Directive (CRD). In this paper, the ECB said it welcomed changes made by the Commission that make clear the SyRB can be used to tackle climate risks. The SyRB is a capital add-on set by EU member state financial authorities for institutions under their supervision.

The ECB also recommended the CRD be further clarified so that the SyRB rate could apply to those parts of banks’ portfolios that are particularly vulnerable to physical and/or transition risks. “This could be particularly effective in tackling systemic risks arising from climate change in a targeted manner, thus further incentivising its active use,” the ECB wrote.

SyRB buffer rate levels can vary across institutions or sets of institutions, as well as across subsets of exposures. As of March 21, 17 member states had SyRBs active, covering risks from excessive credit growth and leverage to exposure concentration.

In the same opinion paper, the ECB welcomed the Commission’s decision to incorporate ESG risks, including climate risks, more explicitly in banking regulation, as well as the new legal requirement for lenders to write plans that address the climate and environmental risks they could face should they stray from the EU’s policy targets. European supervisors would be charged with checking these transition plans for shortcomings.

“Misalignment with the EU transition pathway leads to financial, legal and reputational risks for banks,” wrote ECB Vice Chair Frank Elderson in a blog on the opinion paper. “This explicit new competence to supervise transition plans should not be interpreted as stretching beyond the current risk-based focus of supervision. In fact, the opposite is true: it helps supervisors to ensure banks adequately manage climate-related risks.”

Supervisors should take steps to bolster the reliability and credibility of climate-related data, the Financial Stability Board (FSB) recommends.

The panel of international financial regulators published a report Friday summarizing current supervisory and regulatory approaches to climate-related risks, complete with five recommendations for jurisdictional authorities to consider. One of the recommendations calls on authorities to establish oversight of financial institutions’ governance, processes and controls when it comes to climate-related data and, where appropriate, consider using third-party verification to boost confidence that climate-related data and metrics provided by firms can be relied on.

Other recommendations ask supervisors to “accelerate the identification of their information needs for supervisory and regulatory objectives” and consider using “common definitions” of climate-related physical, transition, and liability risks to promote cross-border harmonization.

The FSB is soliciting feedback on its report and recommendations until June 30. Its final recommendations, following consideration of this feedback, will be published by the end of this year.

4) Allianz to exit oil and gas

German insurance giant Allianz will no longer underwrite or invest in new oil and gas projects from next year, in a significant tightening of its climate-related exclusion policies.

The restrictions, announced Friday and entering into effect on January 1 2023, apply to single-site projects related to the exploration and development of new oil and new gas fields, the construction of new midstream oil infrastructure, and the construction of new oil power plants. Allianz will also halt insurance of, and investment in, fossil fuel exploitation in the Arctic and Antarctic. Furthermore, existing insurance policies covering new oil and gas and Arctic activities will not be renewed from July 1 2023.

Allianz also introduced tighter restrictions on oil sands investments and underwriting. From this month on, the insurer will no longer insure nor invest in companies that make 10% or more of their revenues from oil sands.

The insurer further pledged that from 2025, it will expect the largest fossil fuel producers it underwrites or invests in to commit to net-zero emissions by 2050 in line with 1.5°C warming pathways.

The oil and gas commitments follow exclusion policies for coal-based business models introduced in 2015 and strengthened most recently in 2021.

The pressure group Insure Our Future welcomed Allianz’s new commitments. “As one of the world’s largest insurance companies and a major oil and gas insurer, Allianz has sent a clear signal to the oil and gas sector and governments that new oil and gas developments are not compatible with the 1.5°C climate target. Allianz has also just raised the bar for all other insurers, which now need to follow suit,” said Lindsay Keenan, European Coordinator of Insure Our Future.

The group says that Allianz is the tenth global insurer to restrict oil and gas insurance and investment, alongside Munich Re, Hannover Re, Aviva, and Axa, among others.

Investors in Switzerland’s second-largest bank largely sided with management to defeat a climate resolution that would have forced it to strengthen its decarbonization plan.

At Credit Suisse’s annual general meeting (AGM), held Friday, the bank’s board revealed that around 19% of shareholders voted in favor of the resolution proposed by 11 institutional investors and ShareAction, a UK-based nonprofit. If passed, this resolution would have pushed Credit Suisse to improve its climate-related disclosures and describe its short-, medium- and long-term plans to reduce its exposure to fossil fuels from direct lending, investing, and capital markets underwriting.

Ahead of the vote, major investors Legal & General Investment Management (LGIM), Aviva Investors, and Sparinvest pledged to support the resolution. In total, 31 institutions pre-declared their intention to vote in favor.

Credit Suisse’s management had produced its own climate plan ahead of the AGM that promised to cut its fossil fuel exposures in half between 2020 and 2030 and provide an advisory vote to shareholders on next year’s sustainability report. However, ShareAction and the investors leading the climate resolution branded these commitments “insufficient.” In particular, they criticized the bank for not including capital markets activities in its plan, despite these representing the majority of its financing to new oil and gas activities.

Though the shareholder resolution failed, ShareAction said it won more backing from investors than similar efforts filed in other jurisdictions. A 2020 resolution at energy company Total, for instance, won 17% support, and a 2009 resolution at Shell and BP just 10%.