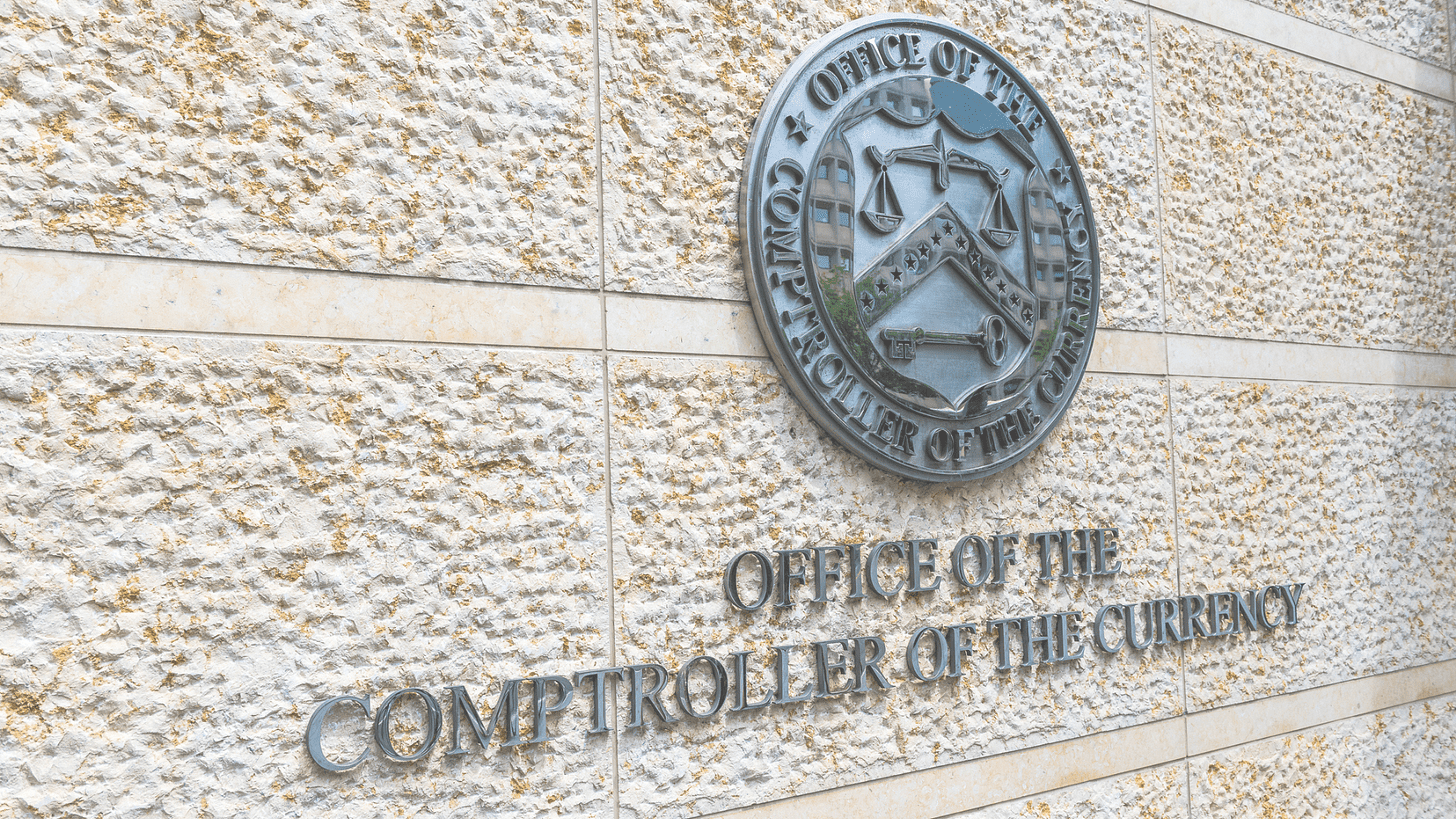 Respondents to a US bank regulator’s consultation on climate risk management principles say these should not place limits on lenders’ financing activities or alter their capital planning.

The Office of the Comptroller of the Currency (OCC) issued draft principles for climate-related financial risk management for banks over $100 billion in size in December 2021. The comment period for these closed on Monday. The principles call on bank boards and managers to allocate sufficient resources to climate issues and put in place processes to identify, measure, and monitor material climate-related risks.

In its response letter to the OCC, the Bank Policy Institute — a lobby group representing the banking sector — welcomed the principles as helpful to both firms and supervisors, but cautioned against measures that would curb firms’ lending to climate risk-sensitive exposures. Specifically, it said it would be “premature” to make banks set “quantitative limits or thresholds for climate-related financial risk” and that final guidance “should not suggest that banks mitigate credit risk by establishing and managing to prescriptive lending limits.” The BPI also said that it would be “inappropriate” given the immaturity of climate risk tools to make banks incorporate climate risk into their capital and liquidity planning.

Similarly, the International Swaps and Derivatives Association, another financial industry lobby group, said in its response that because of the current challenges banks have with climate scenario analysis, “it is currently premature to incorporate climate-related financial risks into capital and liquidity adequacy assessment.”

The Climate Risk Consortium of the Risk Management Association (RMA), an industry group that counts Bank of America and Wells Fargo among its 25 members, also provided a comment letter. This called on the OCC to stick to a “risk-based approach” to climate issues “consistent with how banks determine materiality and manage other risks.” It further recommended that the regulator not set a specific date by which banks should be in conformance with its principles, because it may take a long time for banks to get their internal climate risk management practices up to scratch.

Environmental groups, in contrast, pushed the OCC to be bolder with its principles. In its letter, the Sierra Club said the OCC must ensure banks act to decarbonize their portfolios, and incorporate banks’ management of climate risk into their supervisory ratings.

Liberal think tank the Center for American Progress said that the OCC should make sure banks communicate “measurable” decarbonization targets and take the steps necessary to fulfill them. It added that these targets should not rely on carbon offsets, and recommended the OCC ensure that only offsets that result in actual carbon removal are used by firms.

Major banks in the UK and Europe pumped $400 billion into firms increasing oil and gas production from 2016 to 2021 in a “risky bet” that could saddle the lenders and their investors with big losses in the future, a new report by the nonprofit ShareAction shows.

HSBC financed oil and gas expanders the most over this period, to the tune of $59 billion. Much of this went towards ExxonMobil, Pemex, and Saudi Armaco. Barclays, BNP Paribas, Crédit Agricole, and Societe Generale followed, providing a collective $164 billion over the five years. ShareAction calculated the financing volumes of 25 UK and European banks, covering lending and capital markets activities, minus transactions labelled as ‘green’, ‘sustainability-linked’, and ‘transition’.

ShareAction says funding oil and gas expansion puts banks in a lose-lose scenario. Either their fossil fuel assets will become ‘stranded’ as the world transitions to a low-carbon economy — causing them to collapse in value — or the emissions financed by their actions will unleash devastating climate-related physical risks that hobble the entire global economy, impairing the rest of their portfolios.

The nonprofit also highlighted how membership of the Net-Zero Banking Alliance (NZBA) has yet to change banks’ lending and investing behavior towards oil and gas companies. All told, around $38 billion of financing was extended to the top 50 upstream oil and gas expanders by NZBA firms since the launch of the alliance in April 2021, ShareAction said. Half of this was provided by four founding members: Barclays, BNP Paribas, Deutsche Bank, and HSBC.

Furthermore, ShareAction found that few banks have exclusion policies for oil and gas financing. Of the 25 banks, only Commerzbank, Crédit Mutuel, Danske Bank, La Banque Postale, and NatWest were determined to have started restricting financing for oil and gas projects.

Republican senators boycotted a vote on five nominees to the Federal Reserve Board in opposition to Sarah Bloom Raskin, President Biden’s choice to serve as the Fed’s top bank regulator.

The Senate Committee on Banking, Housing, and Urban Affairs was due to advance the nominations on Tuesday, but Chair Sherrod Brown (D-OH) called for a delay after none of the 12 Republicans on the committee showed up. Under rules set at the start of the current session of Congress, senate committees are barred from advancing nominees unless at least one Republican is present.

Republicans claimed they skipped the vote because they have outstanding questions over Raskin’s work as a board member at fintech firm Reserve Trust. However, Pat Toomey (R-PA) said Tuesday that “Ms. Raskin’s repeated and forceful advocacy for having the Federal Reserve allocate capital and choke off credit to disfavored industries is alone disqualifying and reason enough to vote against her.”

He was referring to Raskin’s previous statements on Fed support for the fossil fuel industry at the height of the Covid-19 crisis. Raskin is a noted climate hawk, writing in the New York Times in 2020 that climate change “threatens financial stability” and that the Fed “should build toward a stronger economy with more jobs in innovative industries — not prop up and enrich dying ones,” like fossil fuels. She also wrote the foreword to sustainability nonprofit Ceres’ call to action for US financial regulators on fighting climate risks.

At her hearing before the Senate’s banking committee earlier this month, Raskin said she would not use Fed powers to curb financing for the oil and gas industry.

Chair Brown has yet to reschedule the vote. The Republican boycott is delaying not just Raskin’s confirmation, but also that of Jerome Powell for Fed Chair and Lael Brainard for Vice Chair.

The Royal Bank of Canada (RBC) faces a shareholder vote on how it defines ‘sustainable finance’ following its participation in the funding of a controversial oil sands pipeline in 2021.

Shareholder advocacy group Investors for Paris Compliance — which pressures Canadian public companies to keep to their net-zero promises — filed a resolution with RBC calling on it to exclude fossil fuel activity and “projects facing significant opposition from indigenous peoples” from its sustainable finance activities.

This comes after the bank took part in a CAD$1.5 billion financing of pipeline company Enbridge, CAD$1.1 billion of which was labeled ‘sustainability-linked.’ The financing was provided while Enbridge was expanding the Line 3 oil pipeline, which runs from Alberta in Canada to Wisconsin in the US. The project would have a GHG emissions impact equivalent to 50 new coal-fired power plants, according to environmental group Oil Change International. It also infringes on the treaty rights of Indigenous Peoples in its path.

Enbridge said it “does not intend to allocate the net proceeds [of the financing] specifically to projects or business activities meeting environmental or sustainability criteria.” Critics said calling such financing sustainability-linked was ‘greenwash.’

Investors for Paris Compliance say RBC’s actions present risks, as they appear to show the bank not living up to its climate commitments — which include zeroing out the emissions of its lending and investing portfolio by 2050 and providing CAD$500 billion of ‘sustainable finance’ by 2025. They also pose reputational risks, as evidenced by the allegations of ‘greenwashing.’

The resolution will be voted on at RBC’s annual general meeting on April 7.

Capital add-ons applied by financial supervisors may be the best way to ensure banks have a big enough loss-absorbing cushion to weather climate risks, experts at the Financial Stability Institute (FSI) have said.

In a paper published Thursday, the FSI authors said Pillar 2 of the Basel framework — the global standard of prudential regulation for banks — was “the natural candidate” for shielding banks because of its flexibility. Pillar 2 empowers supervisors to review banks’ risk management practices and loss-absorbing capacity, and to apply capital add-ons where appropriate.

Such add-ons could be applied if supervisors identify “persistent and unjustified deviations” from agreed-on climate risk management plans, the authors said. They could also be calibrated following “suitable scenario analysis and stress testing.”

On the flipside, the authors argued that Pillar 1 instruments — like risk-based capital requirements and concentration limits to certain exposures — would be “particularly challenging” at present. This is because Pillar 1 capital charges are fine-tuned to provide adequate loss-absorbing capacity to cover shocks that may occur over a one-year time horizon, informed using historical loss experience. When it comes to climate change, there is no historical loss record, as the risks are for the most part forward-looking.

Extending the time horizon to capture climate risks would be problematic, the authors said, first because it would require the probabilities of climate risks to be estimated — a knotty computation problem — and second because over a longer horizon it would be necessary to account for banks’ management actions, which could vastly change their exposure. “Requiring banks to set aside capital today to cover losses for risks that may only materialise long after the maturity of most of their current exposures and only if their investment strategy remains unchanged over long time horizons is inconsistent with the construction of the prudential framework,” the authors wrote.

While favoring the use of Pillar 2 capital add-ons, the authors said that because these are applied at regulators’ discretion, it was possible they could lead to differences in capital requirements across jurisdictions. To combat this, they said there could be “merit” in concocting “some form of common guidance for regulators that could contribute to a consistent implementation of requirements across entities and jurisdictions.”

Certain regulators are already looking to the Pillar 2 framework to assist with their oversight of climate risks. Most notably, the European Central Bank has said that Pillar 2 capital requirements may be influenced by its inaugural climate risk stress tests.

Separately, on Wednesday the Climate Safe Lending Network (CSLN) — a coalition of banks and interest groups dedicated to decarbonizing the banking sector — wrote to the committee behind the Basel framework recommending it consider Pillar 1 instruments to combat climate risks. Relying solely on Pillar 2 and Pillar 3 (risk disclosure) measures “would be a short-sighted approach”, the CSLN argued, in part because “Pillar-2 measures are already available to supervisors yet are not
being used.”