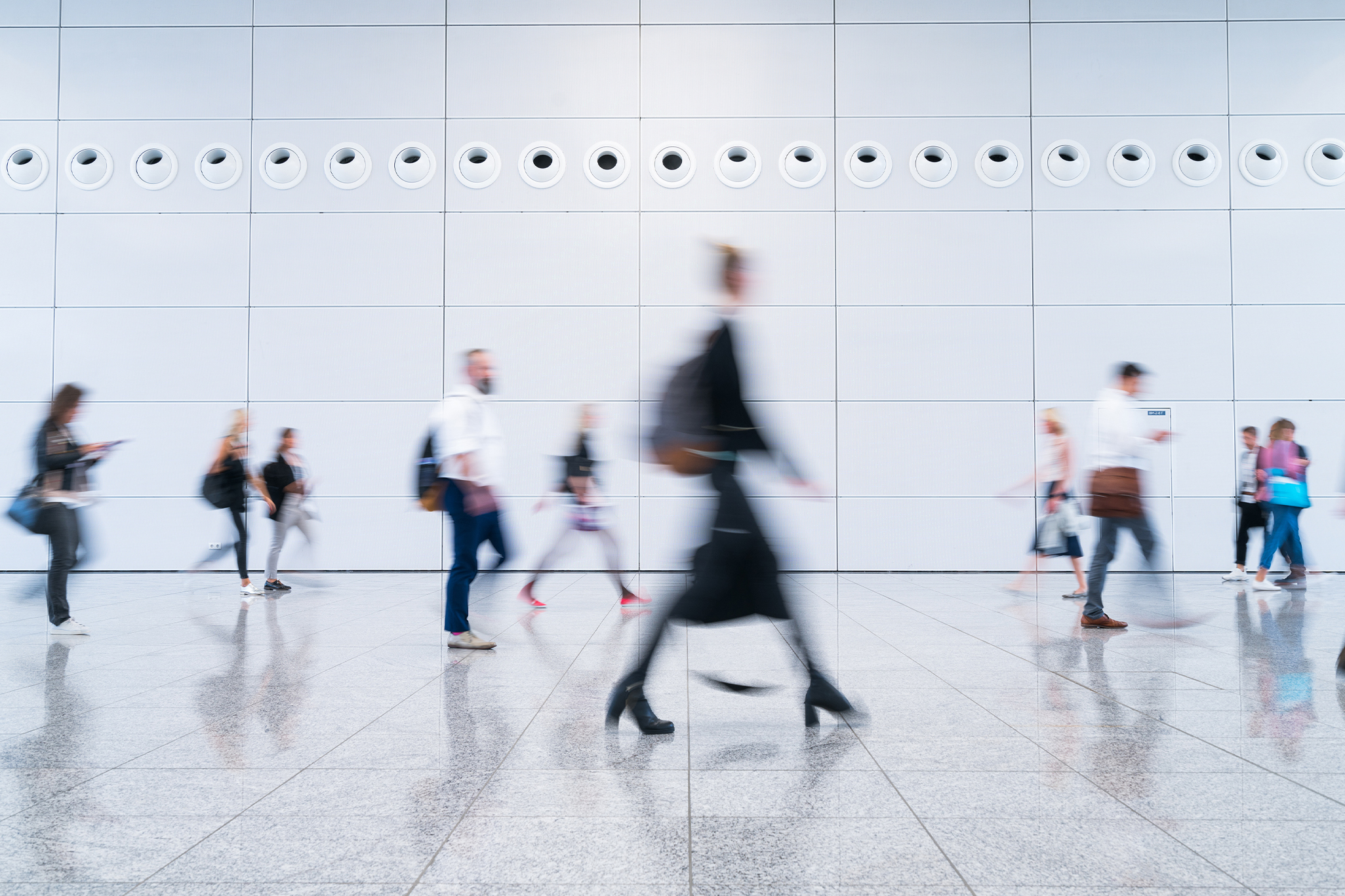 Want access to deeper insights and curated climate news? Request a demo of our solution today.

The International Sustainability Standards Board (ISSB) plans to release its final disclosure standards in June, according to the chair of its parent organization.

At the World Economic Forum in Davos on Thursday, Erkki Liikanen — chair of the International Financial Reporting Standards (IFRS) Foundation — said the board aims to “publish, adopt and issue the finalized standards by mid this year, which means in June.” He added that business leaders should get ready to report in line with the standards from 2024. On the same panel, Bank of America CEO Brian Moynihan said the disclosure rules are needed to “align capitalism with what society wants from it.”

The ISSB was set up in November 2021 to develop climate- and sustainability-related reporting standards, which could serve as a “global baseline” for the capital markets. Draft versions were published for public consultation last March. Each set cleaves close to the recommendations of the Task Force on Climate-related Financial Disclosures (TCFD), the world’s premier climate reporting framework. They also draw on the Sustainability Accounting Standards Board (SASB), a voluntary standard-setter that the ISSB absorbed in 2021.

Once finalized, jurisdictions can choose whether or not to impose the standards for corporate reports. Many have already done this with respect to the IFRS’s financial accounting standards. Several jurisdictions have also already pledged to incorporate the ISSB’s standards into their own climate reporting requirements. For example, European Union (EU) authorities are engaged in technical discussions with the ISSB to harmonize their respective disclosure standards, while the UK government is laying the groundwork to assess, adopt, and endorse the ISSB standards.

The ISSB standards may also be endorsed by the International Organization of Securities Commissions, the global standard-setter for markets regulation. In November, IOSCO chair Jean-Paul Servais said the group would “move promptly” to decide on endorsement and develop a “support program” for markets regulators that want to transpose the ISSB standards into their own rulebooks.

“IOSCO … has been working very closely with us and I expect them to endorse relatively soon,” Liikanen said on the panel.

The CSA will gauge the resilience of Wall Street’s biggest players — Bank of America, Citi, Goldman Sachs, JP Morgan, Morgan Stanley, and Wells Fargo — to climate transition and physical risks. Each bank must test certain portfolios against extreme weather shocks, projected using scenarios from the Intergovernmental Panel on Climate Change (IPCC), as well as policy, technology, and other disruptions forecast by the Network for Greening the Financial System. The latter is a club of climate-focused central banks and supervisors.

“Climate change poses significant challenges for the global economy and financial system, with implications for the structure of the economy, the safety and soundness of financial institutions, and the stability of the financial sector more broadly,” the Fed’s instructions read.

The banks must submit their results by July 31. The Fed will publish aggregated data and insights from the exercise by the end of the year, but has emphasized that the CSA results will not affect bank capital requirements or trigger supervisory interventions.

In a Tuesday report, UK-based responsible investment group ShareAction analyzed how 68 asset managers cast their ballots for 252 E&S resolutions last year. This showed that the four largest investors — the three named above plus Fidelity Investments — voted in favor of 20% last year, compared with 32% in 2021.

Resolutions that would have pushed Chevron, ConocoPhillips, Philips 66, and Valero to set Paris-aligned emissions reduction targets were among those that could have passed if they were supported by the top asset managers.

“Most of the world’s largest asset managers are not consistently using their voting rights to address the multiple environmental and social crises the world is facing,” said Claudia Gray, ShareAction’s head of financial sector research. “Asset managers must strengthen their voting policies, ideally through a commitment to ‘comply or explain’, meaning default support for resolutions with positive environmental and social impacts, and issuing a public explanation when votes are not cast in favour.”

Allianz, Axa, Swiss Re, and other major insurers published a blueprint for setting science-based emissions reduction targets for their underwriting portfolios.

Released Tuesday, the Net Zero Insurance Alliance (NZIA) protocol intends to align (re)insurers’ business activities with a 1.5°C warming limit. Under the protocol, members of the 28-strong alliance must set and disclose their first targets by July 31.

“For the first time ever, insurance and reinsurance companies among the largest globally have built a framework and measurement tools to assess the impact of their activities on climate change,” said Renaud Guidée, the NZIA’s chair and Axa’s chief risk officer. “The NZIA’s Target-Setting Protocol will serve as a catalyst to set unprecedented and ambitious targets towards net zero.”

The target-setting methodology is based on guidance laid out by the Science Based Targets Initiative (SBTi), which sets target criteria and vets companies’ climate targets. Last October, the SBTI and NZIA agreed to work together on creating standards for zeroing out insured emissions.

The protocol recommends five target types that are split into three categories: emissions reductions, engagement, and (re)insuring the transition. At a minimum, NZIA members are expected to choose at least one of the five target types by July 31, 2023, and at least one target type in each category by the following year. These targets should be applied to a slice of their portfolios where reliable climate data is available.

Climate activists slammed the protocol for lacking ambition. Insure Our Future, a climate campaign group, said the protocol includes “gaps and loopholes” that may allow insurers to avoid decarbonizing their portfolios while claiming to be on a net-zero pathway. For example, by only saying insurers “should” set Scope 3 emissions reduction targets, the group says the protocol allows firms to “only disclose the operational emissions of the coal, oil and gas companies which they insure but ignore the much larger emissions from burning the fossil fuels which their cover enables.”

The NZIA is a voluntary alliance and will not force members to take specific measures — like banning the underwriting of fossil fuel companies — to achieve the targets. “NZIA members shall, at all times, each remain free to determine and implement their respective decarbonisation strategies independently and unilaterally,” the protocol reads.

Big retirement fund managers do not have climate policies that align with a 1.5°C global warming limit, putting workers’ pensions at risk, a new report says.

Shift: Action for Pension Wealth and Planet Health, a nonprofit that helps Canadians engage with their pension funds on climate issues, published its inaugural Canadian Pension Climate Report Card on Wednesday. This shows top funds vary wildly in their approaches to climate risk and opportunity.

Caisse de dépôt et placement du Québec (CDPQ) won the highest marks among the 11 funds assessed, in part for the quality of its net-zero commitment and plan, as well as for its strict portfolio emissions reduction targets. In addition, CDPQ is the only fund pledged to wind down its investment in fossil fuel assets.

Healthcare of Ontario Pension Plan and the Ontario Municipal Employees Retirement System ranked lower because they “lack meaningful plans to achieve their climate objectives,” Shift says. The worst-ranked manager, the Alberta Investment Management Corporation, lagged its peers because it has yet to establish science-based climate targets for its portfolios and has no interim targets. British Columbia Investment Management Corporation and Public Sector Pension Investment Board also do not have science-based climate targets in place.

“A significant gap has emerged between Canadian pension funds and leading global institutional investors in their approach to fossil fuels,” Adam Scott, Shift’s executive director said. “While investors around the world have explicitly recognized the urgent imperative of a rapid phase-out of fossil fuel investments to protect their beneficiaries’ financial interests, the Canadian pension sector still clings to an unfounded belief that ongoing investment in oil and gas is somehow part of the energy transition.”