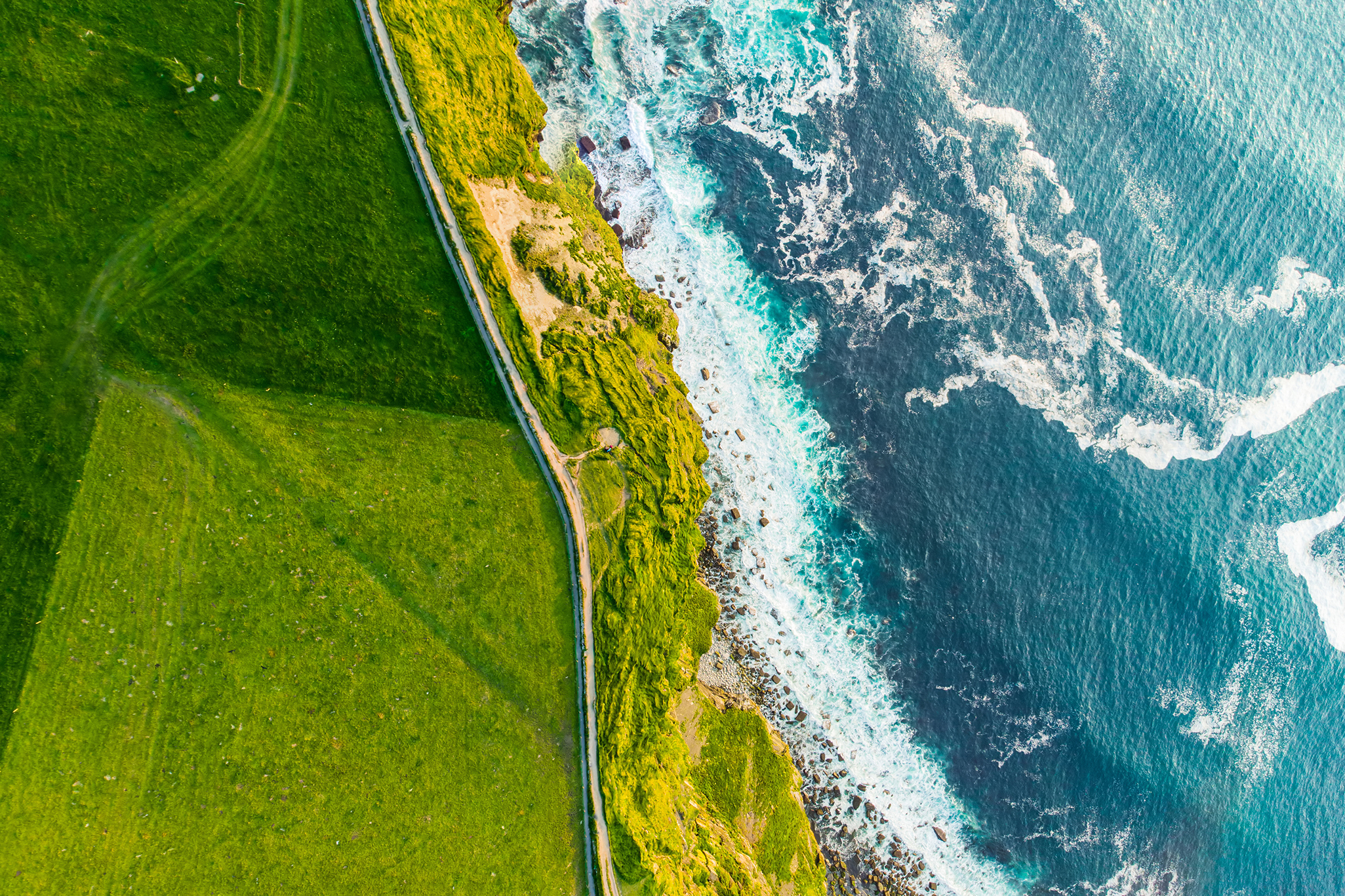 A recent survey by the Institute of Management Accountants (IMA) found climate is often ignored in corporate risk analysis and planning.

In addition, CFOs and CEOs were found to have a shorter-term focus on risk analysis than their lenders and investors. The IMA says this mismatch poses a “significant challenge that requires attention to implementing strategies and reporting around climate issues.”

While many large companies release sustainability reports, small businesses — which make up 99% of registered US businesses — are lagging behind. This may put them at a disadvantage when it comes to attracting fresh capital.

However, just over half of all respondents said they are not using sustainable business information in their decision-making at all. Only 26% said this information is used to identify and assess risks.

Survey respondents skewed towards private companies. About three-quarters of the respondents come from private firms, and 64% come from entities that don’t have to produce public reports.

Major investors holding over USD$2.2trn in assets co-filed a shareholder resolution with commodities giant Glencore, asking it to describe how its thermal coal activities line up with a 1.5°C warming limit.

In 2021, Glencore — the world’s largest coal trader — committed to align its climate targets with the 2015 Paris Climate Agreement and to cut its Scope 1, 2, and 3 emissions in half by 2035. However, the company expanded its coal portfolio last year by acquiring a mine in Colombia. It also tried to gain approval for additional coal projects in Australia.

The investors, including UK heavyweights Legal and General Investment Management and HSBC Asset Management, want to know how the company’s future thermal coal production and ongoing capital investment lines up with the Paris Agreement and the International Energy Agency’s Net Zero Scenario. The latter says thermal coal demand will drop by around 75% in the developed world and by 40% in developing nations between 2021 and 2030.

A statement supporting the resolution says there is “insufficient evidence” showing Glencore’s projected coal expansions are aligned with the Paris Agreement. “[Glencore] will benefit from actively embracing the climate change challenge. By allocating capital to thermal coal expansion, Glencore is exacerbating its Scope 1 and 3 emissions impacts. We believe more value will be created for shareholders by allocating fossil fuel capex to the energy transition instead,” the statement adds.

Glencore’s 2021 annual report says its coal mining operations produced 6.2 million metric tons of Scope 1 and 2 carbon dioxide equivalent emissions that year, about 25% of its total. It reported 254 million metric tons of Scope 3 emissions, most of which were caused by customers burning its coal. “This high proportion of emissions from thermal coal production requires investors to have greater insights into the specific plan to align thermal coal production with emissions reductions commitments,” the investor statement says.

The investors’ resolution was orchestrated and co-filed by the Australasian Centre for Corporate Responsibility (ACCR) and UK nonprofit ShareAction. Other co-filers include Switzerland’s Ethos Foundation and Australia’s Vision Super, both of which are asset managers.

Chubb, the world’s largest property and casualty insurer, has set up a Global Climate Business Unit to offer products and services to firms that use or produce low-carbon technologies and processes. It will also offer risk management services to entities dealing with climate impacts, such as acute and chronic physical risks.

Chubb says its climate-related businesses made more than USD$675mn in premium revenue in 2022.

Mizuho Financial Group is ramping up its climate efforts by setting new medium-term emissions reduction targets and by boosting support for companies with low-carbon transition plans.

The Japanese lender, which holds over USD$2trn in assets, set targets for the oil and gas sector and thermal coal mining on December 29. The bank set targets for its power generation portfolio earlier in 2022.

It plans to cut the Scope 1 and 2 emissions intensity linked with its oil and gas portfolio by 36% by 2030, relative to a 2019 baseline. It also intends to slash its absolute Scope 3 emissions by between 12% and 29% over the same time period. As for its thermal coal portfolio, Mizuho is aiming for zero absolute greenhouse gas emissions by 2030 for clients in countries belonging to the Organisation for Economic Co-operation and Development (OECD) and by 2040 for non-OECD clients.

When it comes to supporting the low-carbon transition, Mizuho said it’s developed a framework for gauging the credibility and transparency of high-emitting companies. It will use this to guide how it doles out capital and said the approach will help it manage its own climate transition risks.

Kentucky has become the latest US state to threaten divestment from financial institutions over their environmental, social, and governance (ESG) policies.

On January 3, Kentucky state Treasurer Allison Ball published a list of 11 financial companies accused of “energy company boycotts.” These include BlackRock, the world’s largest asset manager, and Wall Street banks Citi and JP Morgan. The list was created in accordance with a state law passed last year that requires the Treasurer to annually publish a list of financial companies believed to be engaged in energy boycotts.

“When companies boycott fossil fuels, they intentionally choke off the lifeblood of capital to Kentucky’s signature industries,” said Ball. “Kentucky must not allow our signature industries to be irreparably damaged based upon the ideological whims of a select few.”

Kentucky state entities have 30 days to inform Ball if they own direct or indirect investments in the blacklisted firms and to send the companies written notice of their intention to divest. The financial institutions have 90 days on receipt of notice to “cease boycotting energy companies” and avoid divestment.

In 2022, West Virginia and Texas put together similar blacklists of financial institutions believed to be prejudiced against fossil fuel firms. Florida, Louisiana, and Missouri also pulled billions of dollars out of BlackRock, arguing that the firm’s ESG stance is harmful to their states’ interests.