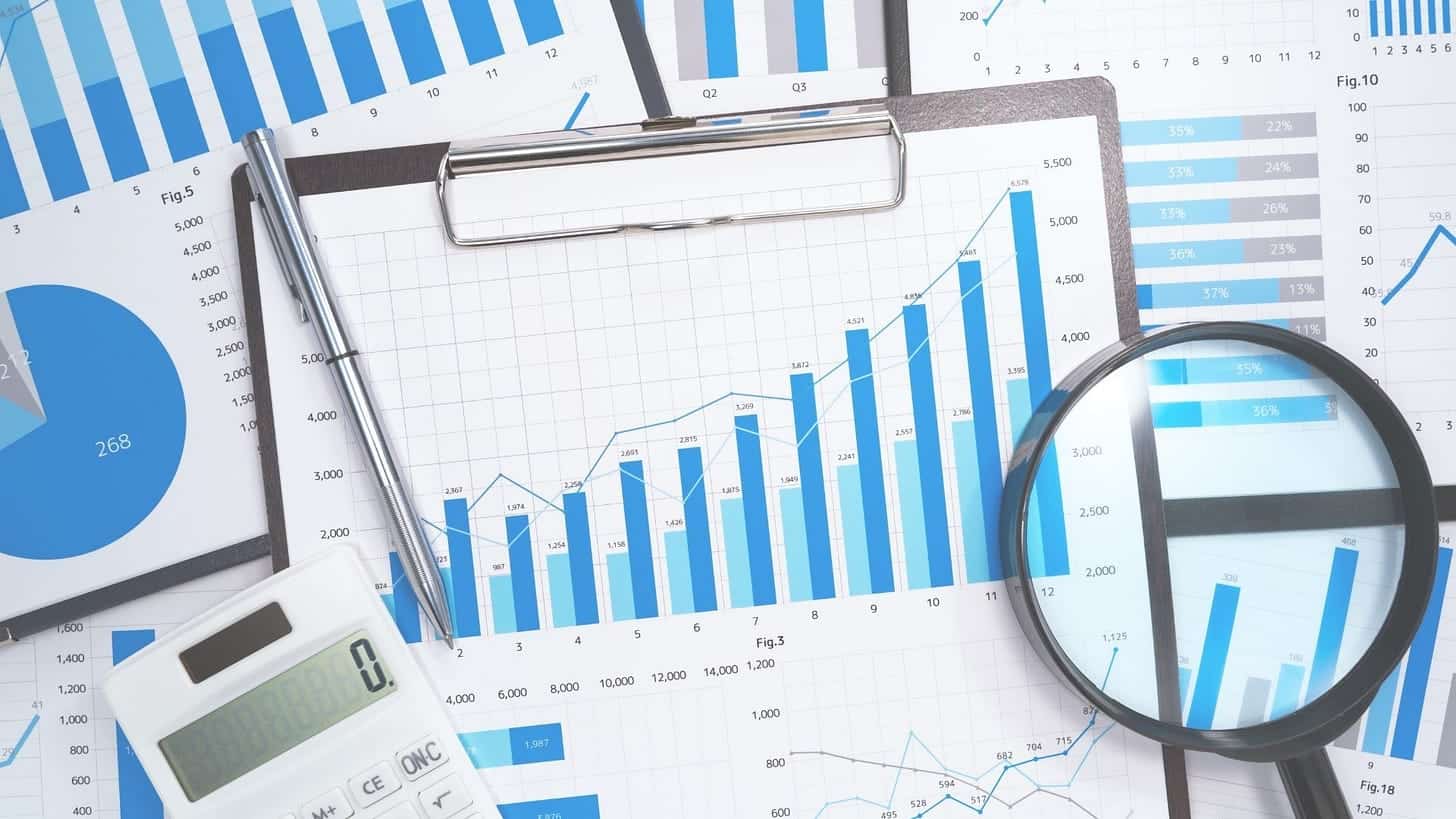 The International Sustainability Standards Board (ISSB) issued draft climate-related disclosure requirements for public comment on Thursday — its first step toward establishing a global baseline of sustainability reporting for companies.

The draft tells companies to describe their climate governance, strategy, and risk management processes. It also instructs them to describe general and industry-specific metrics and targets, and disclose absolute Scope 1, 2, and 3 emissions in line with the Greenhouse Gas Protocol.

The intention of the disclosure requirements is to provide investors with the information needed to understand how climate-related risks and opportunities could impact a company’s enterprise value and gauge its ability to adapt accordingly.

Emmanuel Faber, Chair of the ISSB, said the requirements are built on the recommendations of the Task Force on Climate-related Financial Disclosures (TCFD) and integrate industry-specific elements adopted from the Sustainability Accounting Standards Board (SASB).

“Rarely do governments, policymakers and the private sector align behind a common cause,” said Faber. “However, all agree on the importance of high-quality, globally comparable sustainability information for the capital markets. These proposals define what information to disclose, and where and how to disclose it. Now is the time to get involved and comment on the proposals,” he added.

The public comment period for the draft requirements closes on July 29. The ISSB then plans to review feedback and publish a finalized set by the end of the year. Individual countries and jurisdictions can then decide whether to mandate the requirements for companies.

The ISSB was founded last November by the IFRS Foundation, which oversees the International Accounting Standards Board (IASB). Financial reporting rules set by the IASB are required in over 140 jurisdictions. On being established, the ISSB absorbed two voluntary sustainability frameworks and their governance bodies — the Climate Disclosure Standards Board and Value Reporting Foundation — to draw on their technical expertise and resources.

The principles would apply to firms over $100 billion in size, and constitute a first step toward comprehensive climate risk guidance for US lenders that would draw on industry feedback as well as best practices from overseas.

“The effects of climate change and the transition to reduced reliance on carbon-emitting sources of energy present emerging economic and financial risks to the safety and soundness of financial institutions and the stability of the financial system,” said Martin Gruenberg, Acting Chairman of the FDIC. “As a result, there is an urgent need for this Statement of Principles. There will also be a need for the issuance of additional guidance that provides clear supervisory expectations regarding the application of each of the general principles contained in this statement,” he added.

The draft principles cover banks’ climate governance, policies and procedures, strategy, risk management, disclosure, and scenario analysis. They also describe how bank boards should consider the intersection of climate change with established financial risk categories, including credit, market, liquidity, and operational risks. The principles are substantively similar to those issued by the Office of the Comptroller of the Currency (OCC) in December last year, which are in the process of being finalized.

The public comment period on the FDIC’s draft principles closes 60 days after their publication in the US Federal Register.

Climate risk tool providers could be clearer about how certain or uncertain they are about the results of their projections, a UN body has said.

In a report published Thursday, the UN Environment Programme Finance Initiative (UNEP FI) — a partnership between the UN and the global financial sector — described trends in the development of climate risk tools used by financial institutions to assess their vulnerability to physical and transition threats. The findings are based on the practical experience of major firms using the tools, including TD Bank, Desjardins Group, and Intesa Sanpaolo.

Among the key takeaways, the report said these tools could be improved if they gave more details on the range of uncertainty in their outputs. For example, the use of ‘error bars’ alongside risk outputs “would aid in the communication of tool results and [generate] greater confidence in how to act on the information they provide.” The report added that tool users should take steps to understand the probabilities linked with different outputs, too.

Financial institutions canvassed by UNEP FI for the report also said they would like tool providers to provide additional guidance on how to read risk outputs and to understand which are the most salient.

The transparency of tool providers was another issue addressed by the report. UNEP FI said it would be “valuable” if all providers offered easy-to-read documentation to help users understand how their tools work and what their outputs mean.

Tool providers assessed in the report include: Baringa, an energy and climate consultancy that has assisted UK lenders with the Bank of England’s inaugural climate stress test; right. based on science, a transition risk specialist; and The Climate Service, which created the Climanomics platform for risk reporting and disclosure aligned with the Task Force on Climate-related Financial Disclosures (TCFD).

JP Morgan, Citi, Barclays, HSBC and 56 other major banks have pumped $4.6 trillion into the fossil fuel industry since 2015 — the year the Paris Agreement on climate change was signed. They poured $742 billion into oil, gas, and coal in 2021 alone, a year in which many of these lenders pledged to zero out their financed emissions by 2050.

In its 13th annual report on how commercial lenders bankroll the fossil fuel industry, the Rainforest Action Network (RAN) — a US sustainability nonprofit — said that following the April 2021 launch of the UN-convened Net-Zero Banking Alliance, many members closed deals with major oil and gas businesses, including Saudi Aramco, Abu Dhabi National Oil Co., and ExxonMobil.

RAN calculated that financing of the 100 oil, gas, and coal companies that are expanding fossil fuel production came to $185.5 billion in 2021. Any financing of fossil fuel expansion goes against the ‘Net-Zero Emissions by 2050 Roadmap’ published by the International Energy Agency (IEA) last May, which says all such investments must end if the world is to limit global warming to 1.5°C.

“Any further expansion of fossil fuels risks locking humanity into generations of climate catastrophe, yet the top fossil clients of the world’s largest banks are still being showered with tens of billions of dollars even as they actively expand drilling, mining, fracking and other fossil fuel development unabated,” said Alison Kirsch, Research and Policy Manager at RAN. “With Wall Street banks leading the charge, these financial institutions are directly complicit in undermining a climate stable future for us all and must immediately end their support of any further fossil fuel infrastructure expansion.”

Switzerland’s second-largest bank may be forced to strengthen its climate policies after it failed to convince investors that it is doing enough to cut down on fossil fuel financing.

On Thursday, Swiss pension fund adviser Ethos, French asset manager Amundi, and nine other institutional investors together with UK nonprofit ShareAction said they would press ahead with a climate resolution filed earlier this month to make Credit Suisse improve its climate risk disclosures, amend its coal, oil and gas policies, and publish short- and long-term targets on decarbonizing its portfolio.

Following the filing, Credit Suisse laid out a climate plan that would cut almost half its fossil fuel exposures between 2020 and 2030 and provide an advisory vote to shareholders on its 2023 sustainability report. However, the investors said these commitments were “insufficient.”

“Whilst we welcome the bank’s recent climate commitments, these fail to cover the bulk of the bank’s financing and exposure to high-carbon assets. We call on shareholders to vote for our resolution — and make their voting decision known to the bank and their peers,” said Jeanne Martin, Senior Campaign Manager at ShareAction.

Specifically, the investors complained that Credit Suisse’s targets do not cover its capital markets activities — through which it provides the bulk of its support to the fossil fuel industry. The most recent Rainforest Action Network report on banks’ financing of oil, gas, and coal calculated that Credit Suisse provided $9.4 billion to these sectors in 2021.