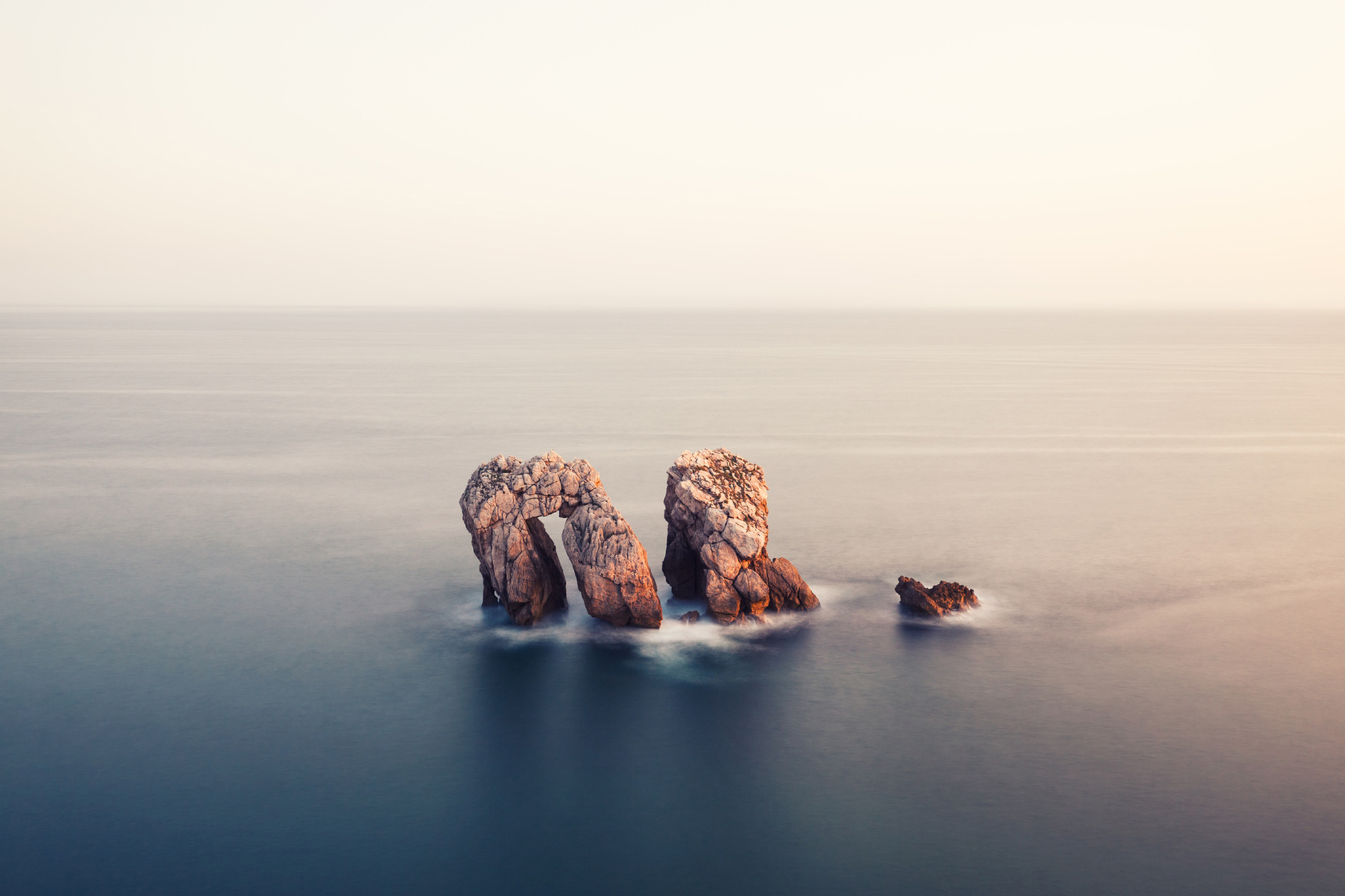 None of the six largest Canadian banks are on track to achieve their net-zero goals, according to a report out of advocacy group Investors for Paris Compliance (IPC).

BMO, CIBC, National Bank, RBC, Scotiabank, and TD have all pledged to align their financing activities with net zero by 2050 pathways and to set interim targets to decarbonize their lending and investing portfolios. In the last year, they also all joined the Net-Zero Banking Alliance, which commits members to rid the emissions linked to their portfolios in line with a 1.5°C climate target. However, the IPC analysis shows the banks’ current policies fall short of what’s required to achieve these goals.

The IPC graded the banks from A to D across three categories: financed emissions reporting, interim portfolio targets, and transition plans. None of the Canadian banks achieved an A score in any category. On financed emissions reporting, CIBC and National Bank were graded D, meaning they provided “insufficient coverage” of the pollution generated by their financing portfolios. RBC, Scotiabank, and National Bank were assigned D grades for their interim oil and gas portfolio targets, and RBC got a D for its transition plan.

TD was the only bank to achieve grades higher than C. It received B- scores for its financed emissions reporting and interim power targets. Unlike its peers, TD discloses all the emissions associated with its committed loans, underwriting, letters of credit, and guarantees. It’s also the only bank with an interim power target that aligns with a 1.5°C warming pathway and covers all committed loans and underwriting.

“While none of Canada’s banks are currently on track for net zero, some policy differences between them are emerging,” said Matt Price, director of corporate engagement at the IPC. “For example, BMO committed to exit the energy sector outside of Canada, or TD does a pretty good job of disclosing financed and facilitated emissions. But overall, Canada’s banks still have a long way to go.”

The IPC report offers best practice guidance for Canadian banks on financed emissions reporting and transition plans. On the former, the group says emissions reporting should be “comprehensive,” covering portfolios and geographies, and be reported in absolute terms. At a minimum, they should also align with the methodologies developed by the Partnership for Carbon Accounting Financials (PCAF), a financial industry coalition.

The IPC says transition plans should include short- and medium-term decarbonization targets that are “consistent with climate science,” commitments to a “just transition” that maximize climate opportunities, and the alignment of lobbying efforts with net-zero priorities.

Swiss banks, insurers, and large public companies will have to produce climate-related financial disclosures each year from 2024 onward under a law passed by the country’s Federal Council on Wednesday.

The contents of firms’ reports must adhere to the Task Force on Climate-related Financial Disclosures (TCFD), which covers climate governance, strategy, risk management, and metrics and targets. Furthermore for strategy disclosures, companies are required to include “a [climate] transition plan that is comparable with the Swiss climate goals” with quantitative information, if possible.

Under their metrics and targets disclosures, and where “possible and appropriate,” firms are required to feature quantitative carbon dioxide emissions targets, all their greenhouse gas emissions, and the standards, assumptions, and methods that underpin them.

Entities covered by the climate disclosure law are public companies, banks, and insurers with 500 or more employees and at least CHf 20mn (USD$21.2mn) in total assets or more than CHf 40mn (USD$42.45mn) in revenue.

Goldman Sachs Asset Management (GSAM) will pay USD$4mn to the US Securities and Exchange Commission (SEC) to settle claims that it did not follow proper policies and procedures for certain environmental, social, and governance (ESG) products.

In an SEC order released Tuesday, the regulator said the charges concern two mutual funds and one separately managed account strategy. For one of these products, the SEC says GSAM “failed to have any written policies and procedures for ESG research” from April 2017 to June 2018. Furthermore, once policies and procedures were set up, GSAM did not follow them consistently until February 2020.

For example, GSAM required employees to preliminarily complete an ESG questionnaire for every company they wanted to include in each product’s portfolio. However, the order says employees “completed many of the ESG questionnaires after securities were already selected for inclusion.”

“In response to investor demand, advisers like Goldman Sachs Asset Management are increasingly branding and marketing their funds and strategies as ‘ESG,’” said Sanjay Wadhwa, deputy director of the SEC’s Division of Enforcement and head of its Climate and ESG Task Force. “When they do, they must establish reasonable policies and procedures governing how the ESG factors will be evaluated as part of the investment process, and then follow those policies and procedures, to avoid providing investors with information about these products that differs from their practices.”

Asset managers operating in private markets have been told to address the climate risks associated with their non-public assets by a leading net-zero coalition.

On Thursday, the Net-Zero Asset Owner Alliance (NZAOA) issued a “call to action” for private asset managers on raising their climate ambitions. Private asset managers are those that put money into private equity, real estate equity, infrastructure, and other investments that are not bought or sold in public markets. The private entities that offer these investments are generally not required to produce public disclosures, putting the onus on investors to get information on their climate risks and opportunities.

The NZAOA says the shift of high-carbon assets into private markets because of an “uneven focus” on the climate risks linked to public companies “is a risk that threatens Alliance members’ portfolio-wide decarbonisation targets.” The group’s call to action is an attempt to make sure private asset managers take steps to establish their own net-zero targets, so that NZAOA members can be confident that they’re aligned with their own climate goals. Members of the NZAOA commit to transition their investment portfolios to net-zero emissions by 2050.

Among the requests in the call to action, the NZAOA asks private asset managers to ensure their governance structures support climate integration, provide their financed emissions data to asset owners, establish net-zero targets, and provide capital to climate solution companies. The document also includes requests for specific private asset classes. For example, in relation to private equity, the NZAOA says asset managers should use their contractual rights to “ensure their climate interests are heard.”

Support for renewable energy and the low-carbon transition is imperative to fight inflation and the financial risks associated with fossil fuel dependence, says a new report released on Tuesday.

The research, by nonprofit group Positive Money, scores the green monetary and financial policies of the Group of 20 (G20) nations. It says 17 of the G20 countries received perfect scores with respect to research and advocacy. It also notes that climate-leading central banks have started acknowledging the concept of double materiality, which refers to how they’re impacted by climate change, as well as how the climate is affected by their activities.

The report says the European Central Bank has taken “a leading role in greening its market operations” by shifting its corporate asset purchase program toward more climate-friendly companies, as well as by pledging to restrict and penalize the most carbon-intensive assets in its collateral frameworks from 2024 onward. It ranks the Banque de France above all its G20 peers with a B- due to its non-monetary portfolio alignment with a 1.5°C warming target and its adoption of fossil fuel exclusion policies. All other G20 countries were given a score of a C+ and below, indicating that they need to implement more climate-friendly measures to secure overall financial stability. For example, the UK and China both received Cs, while Canada got a D, and the US garnered a D-.

The stocktake report provides central banks and financial regulators with 12 recommendations in the categories of research and advocacy, monetary policy, financial regulation, and leading by example. It says they should act on environmental risks beyond climate, create green lending schemes, consider limits on lending to polluting projects and companies, and align all non-monetary portfolios with the 2015 Paris Climate Agreement and environmental goals.

“Central banks are shooting themselves in the foot by attempting to curb short-term inflation without accounting for the climate crisis,” said Nikki Eames, the report’s lead author and an economist at Positive Money. “We need policymakers to act decisively to help shift financial flows to a credible pathway to net zero, and stop allowing financial institutions to lock in long-term environmental risks which jeopardise economic stability.”