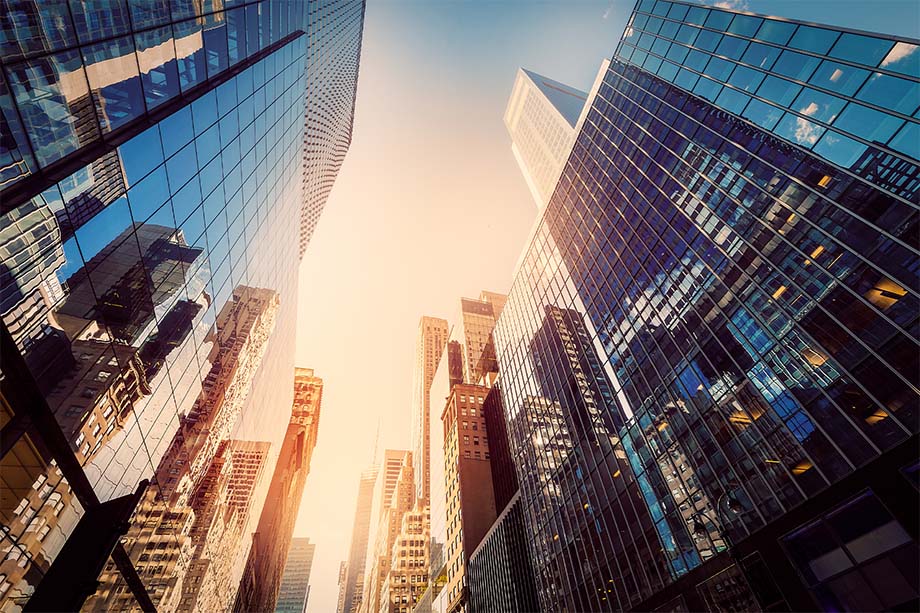 Two-thirds of asset managers and owners surveyed by the Task Force on Climate-related Financial Disclosures (TCFD) say poor data from investee companies makes it hard for them to do climate reporting.

Among asset manager respondents, few say they disclose data on how resilient their strategies are under different climate-related scenarios, and one-quarter do not report climate targets. Furthemore, 30% of respondents say they’re undecided on whether they will report targets in the future.

Asset owners disclose more climate information than asset managers and very few say they won’t disclose against all 11 recommendations in the future, the survey shows. Still, less than half say they currently report on their strategy’s resilience under different climate scenarios, and 42% don’t disclose climate targets.

The survey also reveals what climate metrics are in vogue. Over half of asset owners and 42% of asset managers report their portfolios’ greenhouse gas emissions. A much smaller percentage disclose how on track they are with climate targets or their investments’ alignment with a less than 2°C warming scenario. Fifty-eight per cent of asset owners disclose their progress toward climate targets, whereas just 26% of asset managers do this.

The TCFD paper notes the survey was sent to firms that signed up for updates on the task force’s website. This likely biased the respondent sample toward already climate-aware institutions.

(Correction: A previous version of this article stated that no asset managers or asset owners reported information aligned with all 11 of the TCFD recommendations. Following publication of this article, the TCFD said this data was inaccurate, and that 10% of asset managers and 36% of asset owners indicated they report on all 11 recommended disclosures. This article has been amended to include the correct data.)

Global authorities should zero in on how the financial system as a whole could be impacted by climate change, a panel of top regulators and supervisors says.

The Financial Stability Board (FSB), an international body of central bankers and government officials that monitors the global financial system, issued advice to regulators on dealing with climate-related financial risks. In a report released Thursday, the FSB recommends that authorities “account for the potential widespread impact of climate-related risks across the financial system” as part of their oversight approach.

To this end, the FSB says authorities should devise climate scenario analyses and stress tests that “best inform a system-wide view.” For example, authorities could ask financial institutions to project how their mix of assets and liabilities may change over the course of a given climate scenario so that they can capture “second-round effects and potential feedback loops.” The FSB further recommends that financial watchdogs cooperate across borders, for example by running joint climate scenario exercises. The panel says it will consider running a “peer review” of authorities’ practices against its recommendations in two years.

Much of the report assesses different countries’ approaches to climate risks, as well as their challenges overseeing them. Among the obstacles hindering authorities’ efforts is a dearth of “consistent, comparable, granular and reliable” climate data, as well as the quality of climate-related metrics. Financial watchdogs could consider forcing companies to disclose forward-looking information, like their transition plans and climate metric outputs, to improve the quantity and quality of available data, the FSB says.

A separate FSB report, also published Thursday, assesses the climate-related financial disclosure landscape and jurisdictions’ progress to set climate reporting requirements. Of 25 jurisdictions covered by the report’s survey, 14 said they have requirements, guidance, or expectations in place, while nine have plans in progress, and two have no plans to mandate disclosure.

Climate Action 100+, a coalition of over 700 investors dedicated to getting the world’s biggest corporate greenhouse gas emitters to align with the Paris Agreement, published an update on the net-zero efforts of these so-called “focus companies” on Thursday. These companies include fossil fuel heavyweights BP and Saudi Aramco, as well as carbon-intensive industrial firms like ArcelorMittal and General Electric.

Although three-quarters of focus companies have net zero by 2050 targets, an increase from 69% in March, Climate Action 100+ says just over half have implemented strategies to achieve them. Furthermore, only 19% of companies quantify how much each decarbonization action they intend to take will reduce emissions.

Most companies also don’t explain how their spending plans align with their net-zero strategies. Only 10% have pledged to orient their capital expenditures toward achieving their emissions targets or Paris Agreement-aligned warming scenarios.

Climate Action 100+ launched a public consultation on its plan to enhance its Net Zero Company Benchmark so that it can better provide investors with information that’s useful to their engagement efforts. The consultation closes on November 11.

Members of the Net-Zero Asset Owner Alliance (NZAOA) will have to include their government debt holdings and private assets in their financed emissions calculations under plans issued for consultation on Wednesday.

In 2020, the NZAOA released a Target Setting Protocol (TSP) for member institutions to set decarbonization targets out to 2025. A second iteration of the TSP was released in January, with added sub-portfolio targets for infrastructure assets, among other updates. Now, the alliance wants to release a third version that expands the protocol to incorporate sovereign debt, direct commercial real estate mortgage loans, and other private assets.

The draft TSP tells asset owners to estimate the carbon footprint of their sovereign debt portfolios using the emissions accounting method established by the Partnership for Carbon Accounting Financials (PCAF). It also tells them to disclose their sovereign portfolios’ absolute Scope 1 emissions and recommends they report their Scope 2 and 3 emissions, too.

As for private assets, the latest TSP establishes several key principles that firms should adhere to when it comes to setting targets. Specifically, it tells asset owners to align private asset targets with a 1.5°C warming pathway and to ensure that they’re guided by climate science. It also says firms should use the appropriate methodologies for each asset and investment vehicle type, should not differentiate between listed and non-listed assets, and should remember that they have greater potential to influence new investments than current ones.

The consultation on the third edition of the TSP closes on November 6.

UK lawmakers need to be tougher on voluntary carbon markets (VCMs) if they are to help businesses transition to net zero, the country’s independent Climate Change Committee (CCC) says.

In a report published Thursday, the committee — which advises the UK government on its emissions targets —  says “stronger guidance, regulation and standards” are needed to guarantee companies don’t use carbon credits to replace actual emissions reductions. Without these measures, the CCC says VCMs risk slowing progress toward net zero and damaging efforts to promote climate adaptation and biodiversity.

“Voluntary carbon markets aren’t working, but get the rules right and they can make a positive contribution to Net Zero,” the CCC says in a press release. The committee recommends that the government clearly defines what a ‘Net Zero’ business is. This is so the label only applies to organizations that have reduced their emissions as much as possible and have ensured that their residual pollution is permanently removed from the atmosphere. Companies that use carbon credits to cancel out emissions that they could cut — but haven’t yet — should not qualify for this label.

The CCC also proposes that lawmakers ensure that the climate transition plans UK businesses will be required to disclose in the near future include data on their reliance on carbon credits. In addition, the UK government should work to enhance existing carbon credit standards domestically and internationally.

“Businesses want to do the right thing and it’s heartening to see so many firms aiming for early Net Zero dates,” said Chris Stark, chief executive of the CCC. “But poor-quality offsets are crowding out high-integrity ones. Businesses face confusion over the right approach to take. There is a clear need for Government to make standards stronger and point businesses towards an approach that prioritises real emissions reduction ahead of offsetting.”