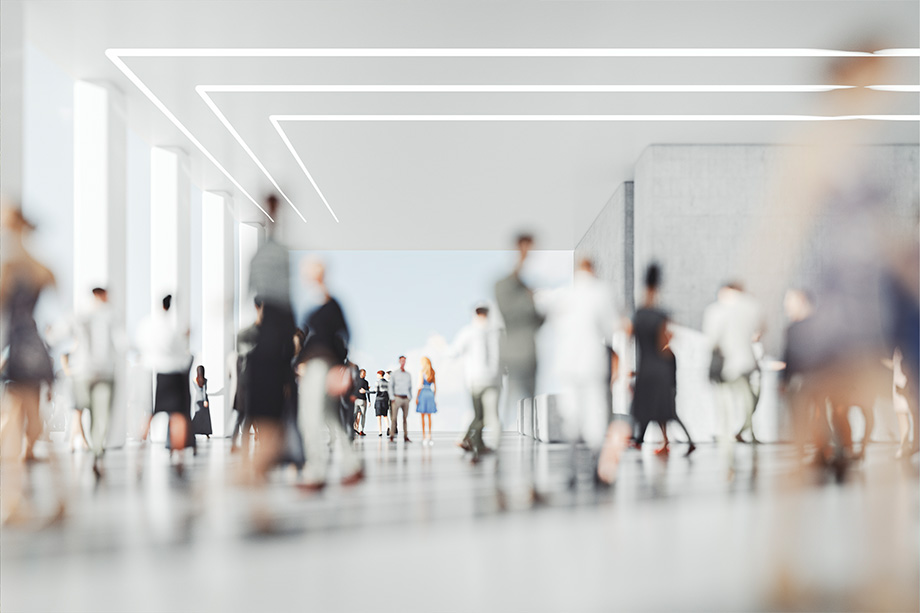 The Financial Stability Oversight Council (FSOC), a panel of federal regulators charged with monitoring the US financial system, announced the formation of a committee dedicated to exploring climate threats on Tuesday.

The Climate-related Financial Risk Advisory Committee (CFRAC) will collect data on, run analysis of, and make recommendations to identify, assess, and mitigate climate-related financial risks in support of FSOC’s financial stability mandate. The council first announced its plan to set up CFRAC in its 2021 report on climate risks to the US financial system.

Twenty members and one government observer were named to the committee, including experts from the financial services industry, non-governmental research organizations, climate data vendors, and academics. Wall Street is represented by Catherine Ansell, JP Morgan’s executive director of climate risk, while the asset management industry is represented by Wellington Management’s Wendy Cromwell.

Dr Bob Litterman, the former chair of the Commodity Futures Trading Commission’s Climate-Related Market Risk Subcommittee, is another key appointee. Under his chairmanship, the subcommittee produced a major report on managing climate risks to the US financial system in 2020.

CFRAC is expected to meet for the first time in early 2023, FSOC said.

Out of 134 international firms that are jointly responsible for 80% of corporate emissions, 98% do not “provide sufficient evidence” that their disclosures “include the impacts of climate-related matters,” Carbon Tracker says. This calls into doubt the quality of the financial statements and the procedures followed to produce them, according to the nonprofit.

Carbon Tracker rates the companies’ disclosures using an accounting and audit assessment methodology from Climate Action 100+, an investor-led initiative focused on changing the behavior of big emitters. Companies’ statements were checked to see whether they met the seven criteria laid out in the methodology.

Only eight companies out of the 134 analyzed earned partial credit for satisfying at least one of the seven criteria. These include BP, Eni, Equinor, Glencore, National Grid, Rio Tinto, Rolls-Royce, and Shell. The rest did not fulfill any of the criteria.

In addition, Carbon Tracker found that just one auditor, Deloitte, produced “comprehensive evidence” that it considered climate change in an audit report. Five other auditors won partial credit for disclosing how they consider climate in relation to specific matters in the company statements that they review.

Research by the group shows that global lenders — including JP Morgan, Royal Bank of Canada, and HSBC — have a combined USD$1.35trn of oil, gas, and coal investments. Finance Watch says current banking rules, which are supposed to ensure banks have enough capital to cover future losses, don’t reflect the risk of fossil fuel investments becoming stranded assets and collapsing in value as the low-carbon transition accelerates.

To make up the shortfall, Finance Watch says the banks should raise between USD$157bn and USD$210.2bn of extra capital, which is equivalent to three to five months of earnings. Policymakers could force banks to do this by changing rules so that they require more capital to be set aside for fossil fuel assets, Finance Watch says. Because the current rules underprice fossil fuel risks they are effectively subsidizing the oil, gas, and coal industries to the tune of USD$18bn a year, the group adds.

“Delivering on international climate commitments, such as the Paris Agreement, means a significant number of fossil fuel assets will become stranded,” says Julia Symons, head of research and advocacy at Finance Watch. “Without concrete policy action reflecting this reality, the risks of disorderly transition and climate disruptions are going to be more than the financial system can handle.”

Smaller US banks may struggle to handle climate risks if financial support from governments and insurers dries up, the head of the Federal Deposit Insurance Corporation (FDIC) said.

In a Monday speech, acting chairman Martin Gruenberg laid out how climate transition and physical risks could challenge mid-sized and community banks across the country. He said climate-related financial threats will grow as the planet heats up and that banks may not be able to depend on traditional shock absorbers to recover from extreme weather events.

“Overreliance on insurance and government support presents additional risks, as these may not be able to compensate for losses to the same extent as they have in the past, or could become more expensive. This may stress the ability for smaller institutions to mitigate climate-related financial risk,” Gruenberg said.

He added that banks and regulators have to “explore new ways” to manage climate risks. As a first step, he said smaller banks may want to create “sound governance frameworks” and processes for incorporating climate risks into their operations.

The FDIC chief also acknowledged that smaller banks’ climate risk management strategies “have been successful so far” and that community lenders “have a wealth of first-hand perspectives and experiences from providing essential banking and financial services to the local communities they serve.”

In March, the FDIC released a proposed set of principles for climate-related financial risk management for large financial institutions, meaning those with over USD$100bn of assets. Gruenberg said smaller and mid-sized banks “have limited resources relative to larger banks” and that the FDIC’s supervisory expectations for smaller lenders would be “tailored based on size, complexity and business operations.”

Munich Re to halt support for new oil and gas projects

Munich Re, the world’s largest reinsurer, announced tough restrictions on underwriting and investing in fossil fuels.

The new policy, which kicks in April 1 next year, covers new oil and gas fields, new midstream oil infrastructure, and new oil-fired power plants. The ban will apply to the German firm’s direct illiquid investments and its primary, facultative, and direct reinsurance business. Munich Re will also refuse contracts that bundle coverage for new oil and gas projects with other risks, like existing fossil fuel projects.

In addition, the company will stop investing in “pure-play” oil and gas companies within its listed equities and corporates portfolio from April 1, 2023 onward. As of January 1, 2025, Munich Re will also demand that oil and gas companies produce credible net zero by 2050 commitments, including short- and medium-term targets.

Climate groups cheered the new policy. “European insurers are starting to recognise they need to stop supporting all fossil fuel expansion, including oil and gas,” said Lindsay Keenan, European coordinator for Insure Our Future, an environmental pressure group. “Munich Re’s policy sends a message to the wider insurance industry and to the oil and gas sector that they must act urgently to align their business with climate science and the 1.5C climate target or risk not being able to find reinsurance cover.”

Other major insurers, including Allianz and Swiss Re, announced similar oil and gas exit policies earlier this year.