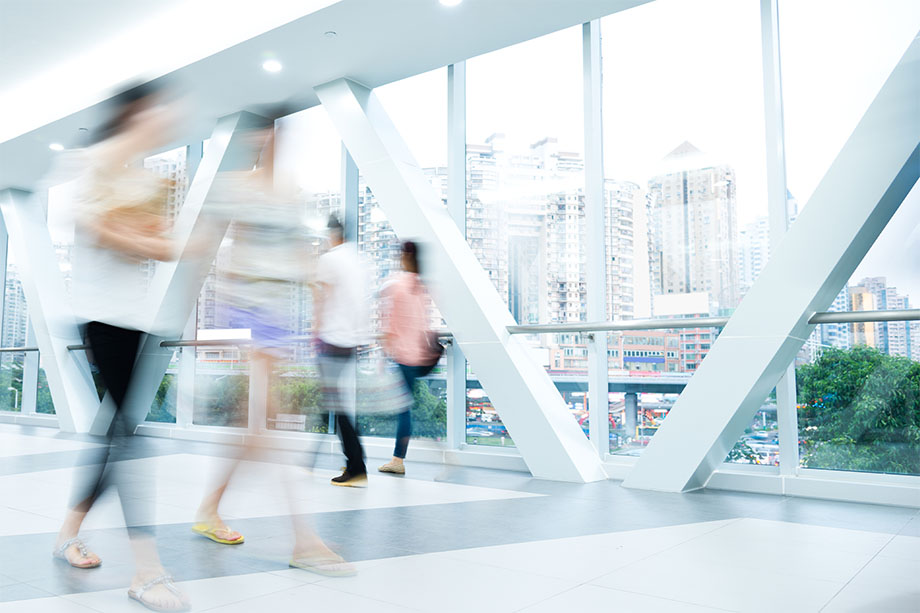 Banks that are part of the world’s largest climate finance alliance don’t have to curb their fossil fuel financing as demanded by a leading net-zero campaign.

In an open letter released Monday, Tracey McDermott, chair of the Net-Zero Banking Alliance (NZBA), says the group is not bound by criteria established by the United Nations-backed Race to Zero (RtZ) campaign, which calls on firms “to restrict the development, financing, and facilitation of new fossil fuel assets.”

The NZBA is affiliated with the RtZ through its membership of the Glasgow Financial Alliance for Net Zero (GFANZ), a climate coalition of over 500 financial institutions. GFANZ is aligned with the RtZ and works to help its members meet the campaign’s minimum commitment criteria.

McDermott says the NZBA “has an autonomous governance structure and decision making process” and that its membership of GFANZ does not saddle members with additional obligations. She adds that the NZBA will “independently consider RtZ’s updated criteria” before deciding whether any changes to its own guidelines are needed. She also says the RtZ campaign “does not have the ability to impose requirements” on the alliance or its members.

At present, NZBA members have pledged to decarbonize their lending and investment portfolios in line with net zero by 2050 pathways. However, there is no explicit reference to fossil fuels in the NZBA’s commitment statement.

McDermott’s letter follows reports that Wall Street giants are threatening to bail on GFANZ over the RtZ criteria, which was updated in June. The Financial Times says JP Morgan, Bank of America, and Morgan Stanley are among the banks that could leave over fears that they could be sued by US states and shareholders for adopting the fossil fuel phaseout criteria. In August, the Financial Times reported that RtZ may set up an independent panel to evaluate member institutions’ adherence to the criteria and eject firms that don’t comply.

To address legal concerns, RtZ clarified its updated criteria in a September statement that affirms there is an “explicit requirement to phase down and out unabated fossil fuels, including coal.” However, the statement says it’s up to each partner organization to ensure members adhere to the criteria.

The Missouri State Employees’ Retirement System (MOSERS) has sold USD$500mn of public equities managed by BlackRock on its behalf over concerns that it’s “prioritizing ESG [environmental, social, and governance] initiatives over shareholder return.”

“Fiduciary duty must remain the top priority for investment managers—a duty some of them have abdicated in favor of forcing a left wing social and political agenda that has failed to succeed legislatively, on publicly traded companies,” said Missouri Treasurer Fitzpatrick in a statement Tuesday.

Missouri becomes the latest Republican-led state to sanction BlackRock because of allegations that the investment manager is putting climate and sustainability considerations above investor returns. On October 5, Louisiana Treasurer John Schroder said the state would pull USD$794mn out of BlackRock. Schroder said the action was justified since “BlackRock has urged companies to embrace “net zero” ESG…investment strategies that would harm our fossil fuel industry, a vital part of our state’s economy.”

BlackRock, the world’s largest asset manager, has previously rebutted claims that its climate and ESG policies harm investors. In response to a letter from 19 Republican state attorneys-general, who accused the company of pursuing a “quixotic climate agenda,” BlackRock’s  external affairs head said it “does not boycott energy companies or any other sector or industry.” She also said the company’s ESG initiatives are “entirely consistent” with its fiduciary responsibilities.

The Church of England Pensions Board, together with four Swedish public pension funds and a Danish pension fund, say the case will assess whether VW can repeatedly veto shareholder requests to answer questions about its lobbying over climate rules and regulations. The asset owners tried to get climate lobbying on VW’s 2022 annual general meeting agenda, but they were blocked by the automaker’s managers.

“VW is failing to demonstrate that the lobbying undertaken and funded by the company through their industry association memberships is aligned to their own climate goals,” said Adam Matthews, chief responsible investment officer at the Church of England Pensions Board. “Despite repeated efforts to engage the company to adopt industry best practice it is extremely disappointing to have to turn to the courts to get VW to do the right thing.”

On LinkedIn, Matthews said a ruling in the asset owners’ favor would bolster corporate accountability and transparency for shareholders. Although the claim rests on the German Stock Corporation Act, he also noted it “could have implications for other civil law systems in Europe, including France, where the scope of minority shareholder rights are also in question.”

Climate disclosures produced in line with the International Sustainability Standard Board’s (ISSB) rules will have to include organizations’ Scope 1, 2, and 3 emissions, the panel said.

At meetings this week, the ISSB voted unanimously to require the reporting of direct and indirect emissions as part of its proposed disclosure standards. The emissions data would have to be reported according to the GHG Protocol Corporate Standard, a global emissions accounting benchmark. The ISSB also said it would draft “relief provisions” to help companies fulfill Scope 3 reporting. Scope 3 emissions are the indirect emissions that are associated with firms’ value chains.

The relief provisions may allow companies more time to produce their Scope 3 numbers. They may also allow Scope 3 disclosures to be covered by ‘safe harbors’ rules, so that the information they contain cannot be subject to lawsuits from investors and other capital market participants.

The ISSB announcement follows recently released data showing that investors are divided on whether Scope 3 disclosures should be written into the standards. A Morningstar analysis of responses sent to the ISSB on its draft disclosures show that eight out of 20 large asset managers — including BNP Paribas, Capital Group, Legal & General, and Wellington Management — agree that Scope 3 disclosures should be mandatory. “Without disclosure of Scope 3 emissions, we will not be able to assess the credibility and progress towards net zero of our investee companies and will therefore also not enable investors to fully understand the transition risks a company is exposed to through its value chain,” Legal & General wrote. Other asset managers want limited or deferred Scope 3 disclosures or to only disclose if the reporting company judges the emissions as material.

The ISSB was set up in 2021 under the International Financial Reporting Standards (IFRS) Foundation to produce a “global baseline” of sustainability reporting requirements. In March, it published two draft reporting standards, one covering general sustainability matters and another covering climate-related issues.

Also at this week’s meetings, the ISSB altered language in the standards that it said was “not clearly understood.” The changes include removing the term “enterprise value” from certain provisions, as well as the term “significant” to describe which sustainability risks and opportunities companies should disclose. The ISSB also confirmed it will use the same definition of “material” that’s used in the IFRS Foundation’s accounting standards.

Few banks have developed metrics to capture climate risks to their trading books, according to an industry body survey.

On Thursday, the International Swaps and Derivatives Association (ISDA), a trade group of over 1,000 members involved in derivatives markets, released survey results that shed light on firms’ efforts to incorporate climate change into their market risk management practices. Eighteen global banks responded to the survey. Of this group, 39% said they “have developed or are planning to develop a specific metric to capture climate risk in the trading book.” Meanwhile, just 12% have implemented “specific climate-related risk factors for market risk management purposes.” Banks’ trading books include debt, equity, and derivatives instruments held over the short term for trading purposes.

Furthermore, only 11% of respondents have set a quantitative risk appetite for climate risk in the trading book, though some said their climate-related trading risks are covered by existing frameworks and stress test results.

The trade body says most banks intend to flesh out their climate risk capabilities in 2023 “with a particular focus on the trading book.” This is in step with regulatory efforts to incorporate climate and other environmental risks into banks’ risk management processes.