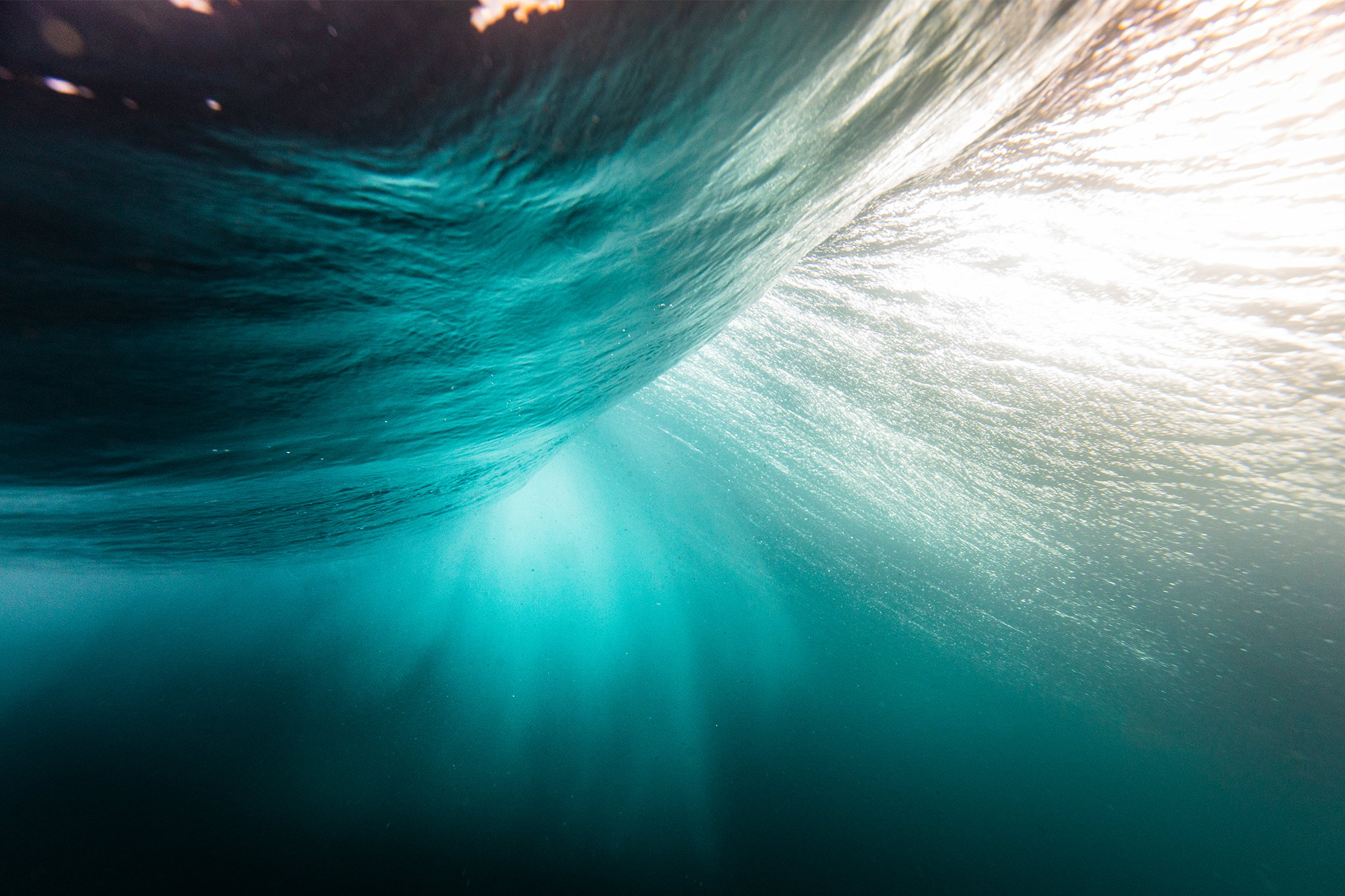 The European Central Bank (ECB) says some lenders saw their capital requirements increase in the wake of climate and environmental risk assessments that the institution ran this year.

Banks’ performances in these exercises fed into calculations used to set their Pillar 2 charges — the legally binding add-ons to minimum capital requirements which are tailored to each firm’s risk profile. The ECB did not specify how many banks absorbed a capital hike or how large the Pillar 2 charges are.

The central bank also says more than 30 firms were hit with “binding qualitative requirements” after it uncovered shortcomings with their approaches to climate change in its latest annual risk management review.

The ECB disclosed these sanctions alongside a warning to banks to bring their climate risk management practices up to scratch ahead of looming deadlines. Banks are expected to catalog their climate and environmental risks and assess how they could impact their businesses by March 2023. By the end of next year, they are expected to integrate climate into their governance, strategy, and risk management processes. By the end of 2024, they are expected to satisfy other requirements that the ECB laid out in 2020. These include incorporating climate in their internal capital adequacy assessments and stress testing programs.

The ECB also published the results of a thematic review of banks’ climate risks, which found 96% of banks have “blind spots” in “key sectors, geographies and risk drivers.” However, the review also shows that over 85% have “at least basic practices” in place for most of the ECB’s climate risk expectations.

While climate issues have captured the attention of bank leaders, “there is a difference between talking about steps and beginning to act; and there is an even bigger difference in doing what is needed,” Frank Elderson, the ECB’s supervisory chief, wrote in a blog accompanying the review. He said most banks have a poor handle of their risks because they lack “granular counterparty and asset-level data.” He also noted few have shifted their business activities in a climate-safe direction.

While over half the banks had climate policies or “green commitments” in place, they have not executed on them, Elderrson wrote. “[W]hen assessing real cases, we see that clients — even notorious polluters — have sometimes been exempted from these policies. We also find that certain banks have ignored clear warnings from their own specialists. These banks risk serious repercussions on their balance sheets, particularly where they publicly make “green” claims.”

The world’s largest climate finance alliance published a “how to” guide on producing net-zero transition plans for banks, asset managers, and other financial institutions.

Released Tuesday, the voluntary framework from the Glasgow Financial Alliance for Net Zero (GFANZ) offers step-by-step instructions on creating and implementing institution-wide transition plans that reduce real-economy emissions. It also identifies four financing strategies that institutions can use to power the net-zero shift:

1) Lending and investing in climate solutions;

3) Financing entities committed to aligning with a 1.5°C pathway; and

GFANZ’s framework is made up of 10 elements that run the gamut from an institution’s own governance to transition-related metrics and targets. Under the framework, institutions are encouraged to develop engagement strategies for clients and portfolio companies, industry peers, and the public sector in support of net-zero objectives. They are also urged to embed transition strategies in their own products and services, business activities and decision-making, and develop policies for dealing with “highly significant climate challenges,” like oil, gas, coal, and deforestation.

GFANZ also issued updated guidance on portfolio alignment tools, which can help institutions orient their activities to specific climate goals, and an action plan on mobilizing capital for emerging markets and developing economies. In addition, the alliance published a call to action to G20 governments, urging them to set net-zero targets and implement their own economy-wide transition plans.

Organizations will have to use climate scenario analysis to gauge their resilience to physical and transition risks under reporting requirements being developed by the International Sustainability Standards Board (ISSB).

The board, which was set up by the International Financial Reporting Standards (IFRS) Foundation in 2021, is currently finalizing its sustainability- and climate-related disclosure rules, which are intended to act as the “global baseline” for private sector organizations. On Tuesday, the board unanimously voted that entities using the standards would be required to deploy scenarios “to report on climate resilience and to identify climate-related risks and opportunities to support their disclosures.”

To assist reporting entities, the ISSB says it will refer to and build on climate scenario analysis guidance from the Task Force on Climate-related Financial Disclosures (TCFD). It will also offer companies pointers on which climate scenarios to use. At a minimum, the ISSB says companies that report under its rules will have to run a qualitative scenario analysis. However, the precise approach taken by entities should be scaled to their specific circumstances.

Tuesday’s vote follows another October ISSB meeting, at which the board agreed to require the reporting of direct and indirect emissions, also known as Scope 3 emissions, as part of its proposed disclosure standards.

On Thursday, the ISSB also clarified that companies reporting under its general sustainability requirements would have to incorporate elements of the Sustainability Accounting Standards Board (SASB) framework in their disclosures. The ISSB absorbed SASB and another standard-setter, the Climate Disclosure Standards Board, earlier this year.

In recent months, Bank of America, Citi, Goldman Sachs, JP Morgan, Morgan Stanley, and Wells Fargo have all published 2030 climate targets for their oil and gas and power generation portfolios. Each bank is a member of the United Nations-backed Net-Zero Banking Alliance (NZBA), and the portfolio targets make up part of their efforts to zero out their financed emissions by 2050 in line with the alliance’s objectives.

But the Sierra Club says the scope of the banks’ targets is too narrow to achieve the scale of emissions reductions required to hit this goal. For example, the group says portfolio targets have to include bank lending and underwriting to meaningfully restrict emissions. Data shows that underwriting, meaning the sale of debt and equity, made up 51% of fossil fuel companies’ financing over the last six years, while lending made up 49%. However, of the six US banks, just three — Goldman Sachs, JP Morgan, and Wells Fargo — include underwriting in their oil and gas and power generation targets.

Moreover, the Sierra Club says absolute emissions reduction targets are key to effective portfolio targets. Banks that set absolute targets commit to reducing the total amount of pollution they finance. In contrast, intensity targets only require banks to cut emissions relative to the total dollars financed or energy units generated. This kind of target gives banks the flexibility to increase absolute emissions through ongoing fossil fuel financing. Of the US banks assessed, only Citi and Wells Fargo have absolute emissions targets in place for their oil and gas portfolios.

The nonprofit also criticized the banks’ fossil fuel financing exclusion policies. According to the Sierra Club, policies that only ban the financing of individual fossil fuel projects are ineffective as they still allow banks to support companies that are involved in oil and gas expansion. All six US banks have these types of loopholes in their policies. For example, while all the banks prohibit financing of Arctic oil and gas projects, none explicitly ban the financing of the companies that oversee these projects.

“The science is clear that in order to reach net zero by 2050 — and help steer the world away from climate disaster — banks must stop funding fossil fuel expansion,” said Adele Shraiman, campaign representative for the Sierra Club’s fossil-free finance campaign. “But big US banks have fallen far behind the best practices of their global peers, setting only weak targets and policies riddled with loopholes that allow billions of dollars in new fossil fuels projects each year. If banks want to live up to their net-zero pledges, they need to commit to real emissions reductions and end financing for companies expanding fossil fuels.”

The United Nations-backed Net-Zero Insurance Alliance (NZIA) published its inaugural target-setting protocol on Monday. The framework is designed to help members lower the emissions linked with the (re)insurance policies they sell to real-economy companies. (Re)insurers contribute to climate changing activities through their underwriting of carbon-intensive companies’ properties and operations.

The protocol draws on the Science-based Targets Initiative, as well as the insured emissions methodology developed by the Partnership for Carbon Accounting Financials. It outlines how companies should determine the general scope of their target setting when it comes to types of emissions and lines of business. It also describes three categories of targets for (re)insurers to consider: emissions reduction targets; engagement targets; and (re)insuring the transition targets. In addition, the protocol describes how companies should disclose their targets and their progress toward them.

The protocol is out for public consultation until November 21. The NZIA intends to release a final version of the protocol in January 2023. The alliance counts 28 members, including international giants Allianz, Axa, and Zurich Insurance Group.