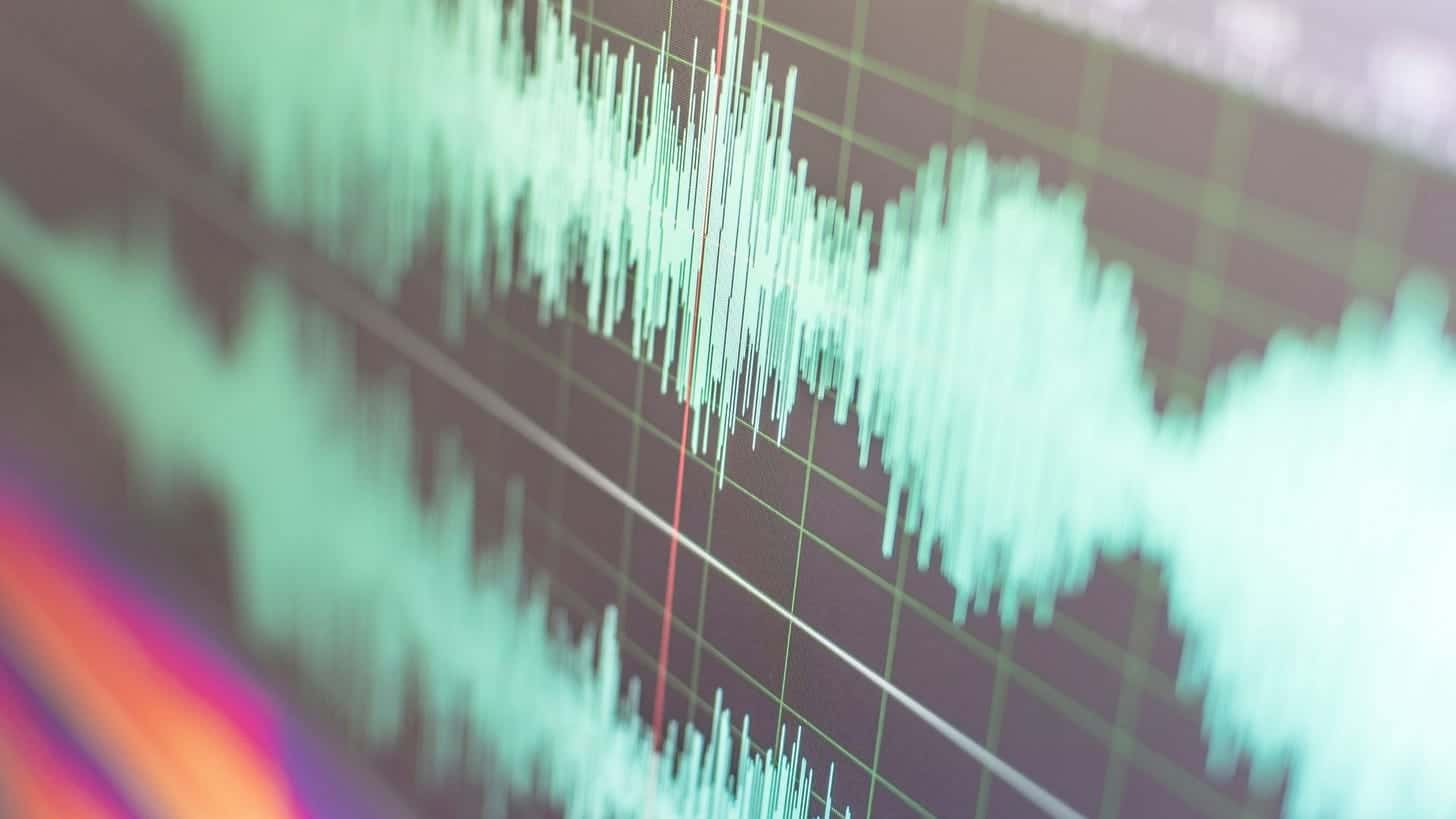 What happened in climate-related financial regulation last month, and what’s coming up

US President Biden nominated Sarah Bloom Raskin, a vocal supporter of tougher climate-related financial regulation, to be Vice-Chair of Supervision at the Federal Reserve on January 14.

Raskin wrote in the New York Times in 2020 that climate change “threatens financial stability” and has queried the Fed’s decision to buy fossil fuel bonds through its myriad Covid-19 economic support schemes.

She faces a confirmation hearing before the Senate Banking Committee on February 3. Chair of the Committee, Senator Sherrod Brown (D-OH), said he plans to hold a vote on her appointment on February 15.

The US Office of the Comptroller of the Currency (OCC) renewed a climate risk management survey of large banks on January 18.

The purpose of the survey is to help the OCC develop “an understanding of climate risk management practices, specifically as they pertain to climate-related financial risk”. The survey consists of 17 questions. One asks after the maturity of banks’ climate risk management frameworks and programs, and another whether they factor in climate-related financial risks and analysis in credit decisions and the pricing of financial products. Yet another asks banks to “identify and provide recent examples of the disclosure framework used for the banks own reporting”.

The OCC estimated it would have 20 respondents to its survey. The survey closes on March 21, 2022.

Chairman Rostin Behnam of the US Commodity Futures Trading Commission(CFTC) has appointed a Special Counsel, Abigail Knauff, to serve as deputy of the agency’s Climate Risk Unit — a body dedicated to the role of derivatives in tackling climate risks and the development of products to speed the low-carbon transition.

The appointment, announced January 20, was one of a number bulking out Chairman Behnam’s office. Knauff has previously served in the CFTC’s Division of Clearing and Risk and Division of Market Oversight.

The Climate Risk Unit was set up by Behnam last March to “accelerate early CFTC engagement in support of industry-led and market-driven processes in the climate – and the larger ESG – space”.

Canada’s Office of the Superintendent of Financial Institutions (OSFI) announced it would issue a “draft guideline” on climate risk management for federally regulated financial institutions.

In a letter published January 14, the regulator said the guideline would seek to enhance the financial and operational resilience of banks and other firms against climate risks, ensure material climate risks are incorporated in their governance, strategy, and risk management, and improve awareness of climate risks and their impacts across the Canadian financial system.

Also on January 14, OSFI and the Bank of Canada unveiled the results of its pilot climate scenario analysis, which is intended to help the financial sector identify, measure, and disclose their climate risks. The scenarios showed that a low-carbon transition “could expose financial institutions and investors to sudden and large losses” and frustrate the flow of capital towards ‘green’ investments.

On January 7, Peter Routledge — the head of OSFI — said at a conference that the regulator “will expect federally regulated financial institutions to build up their capital buffers in the 2020s to be able to weather an accelerated and volatile transition pathway in the 2030s, should that scenario come to pass”. He added that OSFI would act to “drive mature climate risk management”, and punish “poor or inadequate” climate risk practices among supervised institutions.

Participating banks will have to complete three modules.

Module 2 requires firms to deliver a set of common climate-related metrics to facilitate a “peer benchmark analysis” by the ECB. These metrics include each bank’s financed emissions, and the amount of income they receive from carbon-intensive industries.

Module 3 is a “bottom-up stress test” in which banks will have to gauge their resilience against three macro-financial scenarios. These scenarios cover shocks brought about by extreme weather and a sudden shift to a low-carbon economy.

Participants will have to test their most climate-vulnerable assets against the ECB’s chosen shocks. Traditional loss projections familiar to the banks will be used alongside “new qualitative data collections”, the central bank said.

The results could affect banks’ Pillar 2 capital requirements, as they will be factored into the annual Supervisory Review and Evaluation Process which is used to set the capital add-ons each year. However, the test is not a pass/fail exercise and how banks fare will not influence their capital levels directly.

The ECB expects to publish aggregate results from the stress test in July this year.

In their finished state, the standards are intended to produce disclosures that give investors, policymakers, and other stakeholders data on banks’ climate exposures, risks, and strategies.

Among the metrics, the EBA has proposed a Green Asset Ratio (GAR), which measures the share of a firm’s banking book assets that support sustainable activities as defined by the European Union’s taxonomy regulation.

Under the draft, banks would have to start reporting these metrics from June 2024.

The EBA also released the results of its Autumn 2021 Risk Assessment Questionnaire (RAQ) on January 10, which found that 80% of banks are taking ESG factors into account in credit risk, and more than 70% in reputational and operational risks.

The RAQ also showed that ESG scores or ratings are the most common methodology used by banks to assess ESG risks, with 55% saying they had adopted this approach. The “risk framework method”, using scenario analysis or stress testing, was used by 50%, and the portfolio alignment method by 45%.

The European Insurance and Occupational Pensions Authority (EIOPA) reported that the median insurer’s exposure to “climate relevant assets” in Q3 2021 was around 3.25% of their total assets. The datapoint was included in its latest Risk Dashboard, released January 31.

The Risk Dashboard also showed that European insurers’ exposure to flood risk “has been slightly decreasing”, while their exposure to windstorm risk “has remained stable at low levels”. The data further showed that the median insurer’s investment in green bonds as a share of corporate bonds hit 2.47% in Q3 2021 and has been steadily increasing quarter over quarter.

On January 27, EIOPA published a set of blueprints for crafting bottom-up stress teststo gauge insurers’ vulnerability to climate risks. The so-called “methodological principles” may be used by EIOPA to develop future supervisory climate stress tests that all firms under the regulator’s jurisdiction will have to undertake.

The EFRAG is a private association which counsels the EU on financial reporting standards. The group will be charged with the role of technical advisor to the European Commission on the development of ESRS following the approval of the Corporate Sustainability Reporting Directive (CSRD), which was adopted by the Commission last year.

The EFRAG is also hunting for a Chair of the new Technical Expert Group, who will be responsible for steering all EFRAG’s sustainability reporting technical activities. On January 26, EFRAG advertised for candidates for its Sustainability Reporting Board, “which will be responsible for all sustainability reporting positions of EFRAG”. The deadline for nominations to the Board is February 11. For the Technical Expert Group, the deadline is February 28.

The standards envisaged by the CSRD would build on efforts by the G20 and Financial Stability Board to develop a global baseline for sustainability reporting based on the Task Force on Climate-related Financial Disclosures (TCFD).

The Bank of England (BoE) said “further work” is required from many lenders to meet its climate risk management expectations.

In a ‘Dear CEO’ letter sent January 12, the BoE explained that it is incorporating climate risk into its “core supervisory approach” this year, and will “pay particular attention to how firms quantify climate-related risks”. It added that it expects firms to take a “forward-looking, strategic and ambitious approach” to managing their climate-related financial risks.

The central bank of Malaysia (Bank Negara Malaysia) said that hardening the financial sector to climate risks is one of its five strategic priorities over the next five years.

In its Financial Sector Blueprint 2022-2026, released on January 24, the bank said it would achieve this goal “by continuing our efforts to improve climate-related and environmental risk management”. These efforts include strengthening climate risk disclosure by financial institutions, aligning the supervisory framework to account for climate risks, and overseeing the effective implementation of Malaysia’s Climate Change and Principle Based Taxonomy.

Another part of the Blueprint commits Bank Negara Malaysia to nurturing “a conducive market environment for green financing and investment”, by improving access to and use of climate and environmental data and scaling up green finance, among other initiatives.

The Securities and Exchange Board of India (SEBI) put out for consultation a regulatory framework to govern ESG ratings providers, which is intended to protect investors from ‘greenwashing’.

Published January 24, the consultation paper explains that there is a wide range — and huge number — of ESG ratings used by Indian investors but that these lack “clear terminologies, definitions and objective” thanks to poor, or even non-existent, disclosure of their underlying methodologies.

Comments on the proposed framework are welcome until March 10.

The Network for Greening the Financial System (NGFS) appointed Ravi Menon, Managing Director of the Monetary Authority of Singapore (MAS), to serve as its new Chair on January 17.

Sabine Mauderer, a member of the executive board at the German Bundesbank, has been appointed Vice-Chair. Both will serve two-year terms expiring in January 2024.

MAS was one of the first eight institutions to found the NGFS in 2017, and under Menon’s tenure the supervisor has rolled out a number of climate initiatives, including climate stress tests for banks due to take place this year.

The NGFS further announced the expansion of its steering committee to include Banca d’Italia and Banco Central do Brasil, which join for two-year terms starting January 2022.

The International Sustainability Standards Board (ISSB) appointed a Vice-Chair and a special advisor to the Chair on January 27.

Sue Lloyd, a Vice-Chair of the International Accounting Standards Boards (IASB), assumes the Vice-Chairmanship of the ISSB. Janine Guillot, CEO of the Value Reporting Foundation (VRF) — a nonprofit that houses voluntary ESG reporting standards — will be special advisor to ISSB Chair Emmanuel Faber.

Lloyd’s appointment as Vice-Chair rounds out the the leadership of the ISSB. However, the trustees of the International Financial Reporting Standards Foundation — which oversees the ISSB — are continuing their search for additional Board members, with interviews slated to take place from February.

The International Association of Insurance Supervisors (IAIS) said it would produce “specific recommendations” for how regulators could “supervise climate-related risks to insurers” in its two-year work plan published January 18.

The plan also said the association — which acts as a standard-setting forum for insurance regulators in over 200 jurisdictions — would provide guidance to authorities on using existing tools to implement the recommendations of the Task Force on Climate-related Financial Disclosures (TCFD).

Furthermore, the IAIS said it would drive ahead with work on climate risk scenario analysis. The association plans to hold a roundtable with stakeholders on good practice in scenario analysis in the second quarter of this year.