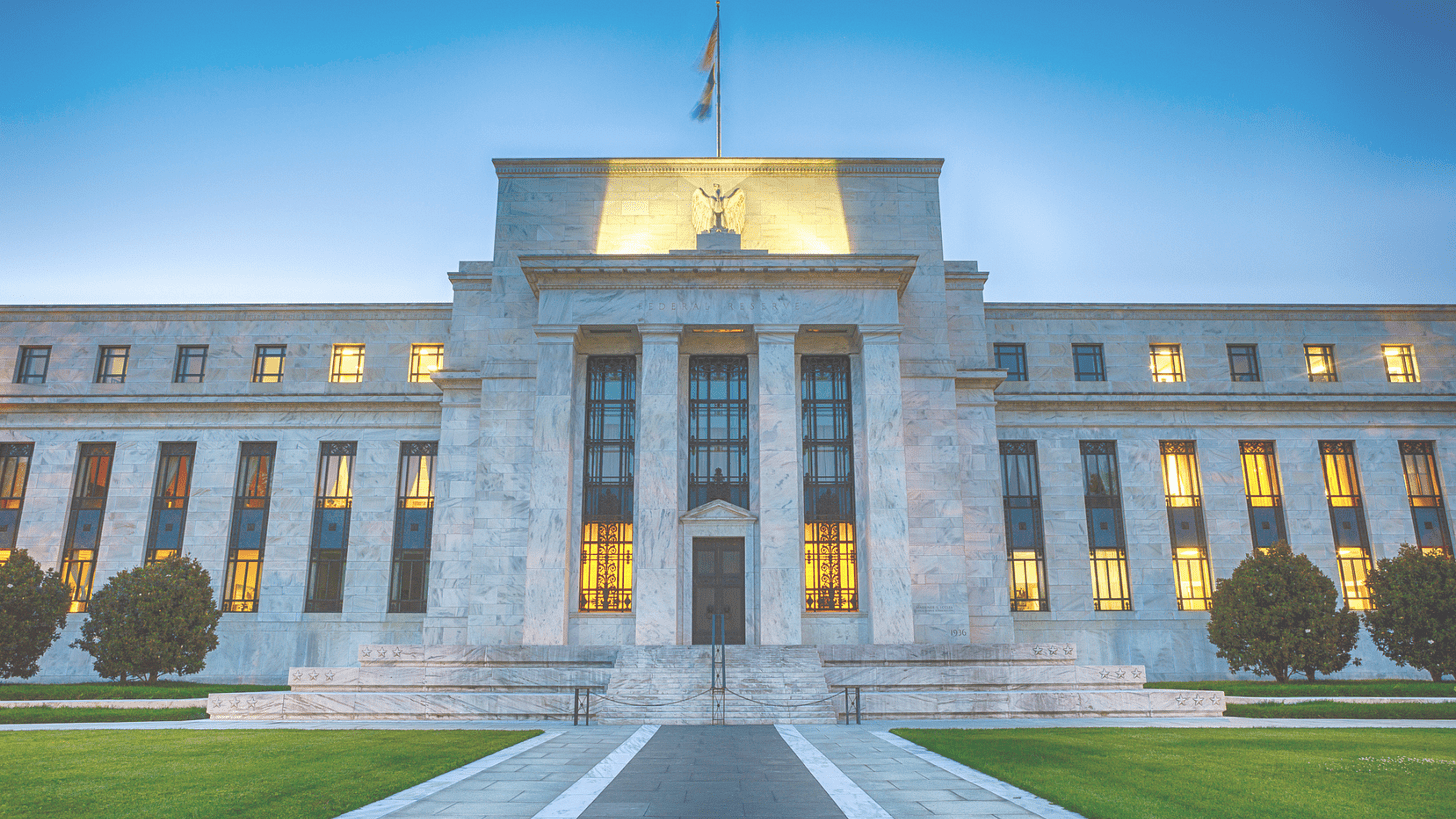 Sarah Bloom Raskin, President Biden’s pick to serve as the Federal Reserve’s top bank regulator, withdrew from consideration on Tuesday in response to senators’ objections to her stance on climate risks to the financial system.

On Monday, Senator Joe Manchin (D-WV) declared his opposition to Raskin’s nomination, torpedoing her chances of being confirmed by the Senate. With the chamber divided 50-50 between Republicans and Democrats, Biden’s nominees need the votes of every single Democrat to advance in most cases.

Said Manchin: “Her [Raskin’s] previous public statements have failed to satisfactorily address my concerns about the critical importance of financing an all-of-the-above energy policy to meet our nation’s critical energy needs. I have come to the conclusion that I am unable to support her nomination to serve as a member of the Federal Reserve Board.”

Raskin has been upfront about how US regulators should act to curb climate risks to the financial system and use their power to incentivize the transition to a low-carbon economy. In 2020, she wrote in the New York Times that climate change “threatens financial stability” and that the Fed “should build toward a stronger economy with more jobs in innovative industries — not prop up and enrich dying ones,” like fossil fuels. She also wrote the foreword to sustainability nonprofit Ceres’ call to action for US financial regulators on fighting climate risks.

Her climate views were the target of fierce opposition from Republican lawmakers on the Senate Banking Committee, which conducts nomination hearings for prospective Fed officials. Last month, Pat Toomey (R-PA) said that Raskin’s “repeated and forceful advocacy for having the Federal Reserve allocate capital and choke off credit to disfavored industries is alone disqualifying and reason enough to vote against her.” Republicans on the committee boycotted a vote on advancing Raskin’s nomination, along with Biden’s four other picks for Fed roles, on February 15.

Raskin herself acknowledged her climate views proved an insurmountable hurdle to her confirmation. In a letter to Biden seen by Politico, Raskin said that Republicans’ opposition was a reaction to her “frank public discussion of climate change and the economic costs associated with it.” She added: “It was — and is — my considered view that the perils of climate change must be added to the list of serious risks that the Federal Reserve considers as it works to ensure the stability and resiliency of our economy and financial system.”

Senator Sherrod Brown (D-OH), Chair of the Senate Banking Committee, rued GOP senators’ intense opposition to Raskin’s nomination: “Sadly, the American people will be denied a thoughtful, experienced public servant who was ready to fight inflation, stand up to Wall Street and corporate special interests, and protect our economy from foreign cyber attacks and climate change … Republicans engaged in a disingenuous smear campaign, distorting Ms. Raskin’s views beyond recognition and made unsubstantiated attacks on her character.”

European lenders are trying to make up for patchy climate risk disclosures by producing reams of information on green topics, a top official at the European Central Bank (ECB) has said.

“We end up with a lot of white noise and no real substance on what both markets and supervisors really want to know: how exposed is a bank to C&E [climate and environmental] risks and what is it doing to manage that exposure?” said Frank Elderson, Vice-Chair of the Supervisory Board of the ECB in a speech on Monday.

Elderson was commenting on the ECB’s latest stocktaking exercise on the quality of banks’ climate-related disclosures. This found that while most firms now disclose “meaningful information” on C&E risks, many reports lack transparency and have significant gaps. Around three quarters of banks do not disclose whether C&E risks materially impact their risk profiles, and about 60% do not detail how climate transition or physical risks could affect their strategies. Furthermore, the stocktake found that just 15% of banks disclose their financed emissions, and half don’t publish any key performance or risk indicators on C&E risks.

In his speech, Elderson emphasized the stocktake’s findings on banks’ net-zero targets: “For example, when reporting on their commitment to align with the Paris Agreement, only around one in five institutions disclose the methodologies, definitions and criteria for all of the figures, metrics and targets reported as material. More than one-third of institutions do not disclose these aspects at all. In light of the increasing importance of such commitments, interested parties will increasingly seek information on these alignment metrics — and banks’ disclosures must become meaningful in this regard.”

The ECB stocktake covered 109 banks most recent public disclosures on climate change. In the wake of the exercise, the central bank sent individual feedback letters to firms highlighting their shortcomings and disclosure expectations for the future.

Prices are already being pushed higher by climate transition factors, and the upward pressure is likely to get worse as the shift to a low-carbon future accelerates, a senior official at the European Central Bank (ECB) has said.

Isabel Schnabel, a member of the Executive Board of the ECB, in a speech on Thursday cautioned that “climateflation”, “fossilflation”, and ‘“greenflation” are introducing new risks to the world economy  — but that they have to be borne to preserve a livable ecosystem.

“There is a price to be paid for going green at a pace that reflects the dual objective of safeguarding both our planet and our right to self-determination. But that price, including the fiscal support required to protect the most vulnerable members of society, is worth paying,” she said.

“Fossilflation” captures “the legacy cost of the dependency on fossil energy sources”, like oil and gas. These price increases accounted for over half the headline inflation in the eurozone in February, said Schnabel. She added that “fossilflation” is likely to “remain an important contributor to headline and underlying inflation” as the West cuts back on Russian oil and gas in the wake of that country’s invasion of Ukraine.

Finally, “greenflation” consists of price increases in commodities key to the low-carbon economy — like copper, lithium, and cobalt. Demand for metals and minerals like these is skyrocketing as the manufacture of electric vehicles, offshore wind turbines, and other green technologies accelerates.

“These developments illustrate an important paradox in the fight against climate change: the faster and more urgent the shift to a greener economy becomes, the more expensive it may get in the short run,” said Schnabel.

To best respond to “climateflation” and “fossilflation”, Schnabel said that the ECB should continue to normalize monetary policy — by raising interest rates — gradually, with an eye on how the Russia-Ukraine war could push inflation higher over the medium term. The ECB kept its benchmark refinancing rate at 0% following a March 10 meeting.

Schnabel also said the ECB should press ahead with greening its operational framework as well as the wider financial system, for instance by changing the composition of its corporate bond portfolio over time to favor companies that are aligned with the Paris Agreement and making it more expensive for financial institutions to use carbon-intensive securities as collateral for cash loans.

Another of the ‘Big Five’ Canadian banks rolled out its plan to decarbonize its lending and investing portfolios.

In a report published Wednesday, Scotiabank — Canada’s third-largest bank with CAD$1.2 trillion in assets — unveiled financed emissions reduction targets for its oil and gas and power and utilities portfolios. For oil and gas exposures, the bank pledged a reduction in carbon intensity of 30% by 2030 for Scope 1 and 2 emissions. However, it stopped short of a Scope 3 target, saying this would be set in 2023.

In the same report, Scotiabank reported financed emissions estimates for its residential mortgage and agricultural portfolios. However, it said the “extremely poor” availability of emissions data for mortgages meant it is unable to establish an accurate financed emissions baseline and a decarbonization target for these exposures. The “lack of quality data” in the agriculture sector also precluded target-setting for this portfolio.

Of the ‘Big Five’, RBC and CIBC have yet to set financed emissions targets. In its latest sustainability report, CIBC said it would release interim reduction targets for certain sectors later this year. RBC published financed emissions totals for some portfolios but did not set targets in its most recent report.

5) Swiss Re to exit new oil and gas projects

Swiss Re — the world’s second-largest reinsurer — said it would no longer re/insure or directly invest in new oil and gas field projects after 2022 as part of a strengthening of its fossil fuel policy.

Furthermore, the firm will stop underwriting or investing in companies or projects with more than 10% of their production based in the Arctic from July this year. It is also working on an approach to oil and gas in its treaty reinsurance, to be finalized in 2023. Treaty reinsurance is where a primary insurer pays a second company to take on all the risks of a specific set of insurance policies.

The reinsurer said certain exceptions would be made to its new policies, however. Some oil and gas field projects would be supported if they are “aligned with net-zero emissions by 2050, as defined by the Science Based Targets initiative (SBTi) or a comparable third-party assessment.” The SBTi is currently working on an oil and gas framework to assess the alignment of companies’ emissions reduction targets with the goals of the Paris Agreement.

Peter Bosshard, Global Coordinator of campaigning group Insure Our Future, said Swiss Re’s policy “sends a strong message to fossil fuel companies, investors and governments: oil and gas operations need to be phased out in accordance with climate science or they may become uninsurable by the end of the decade.” He also called on Swiss Re’s peers — Munich Re, Lloyd’s of London, and SCOR — to implement their own stringent oil and gas exclusions.