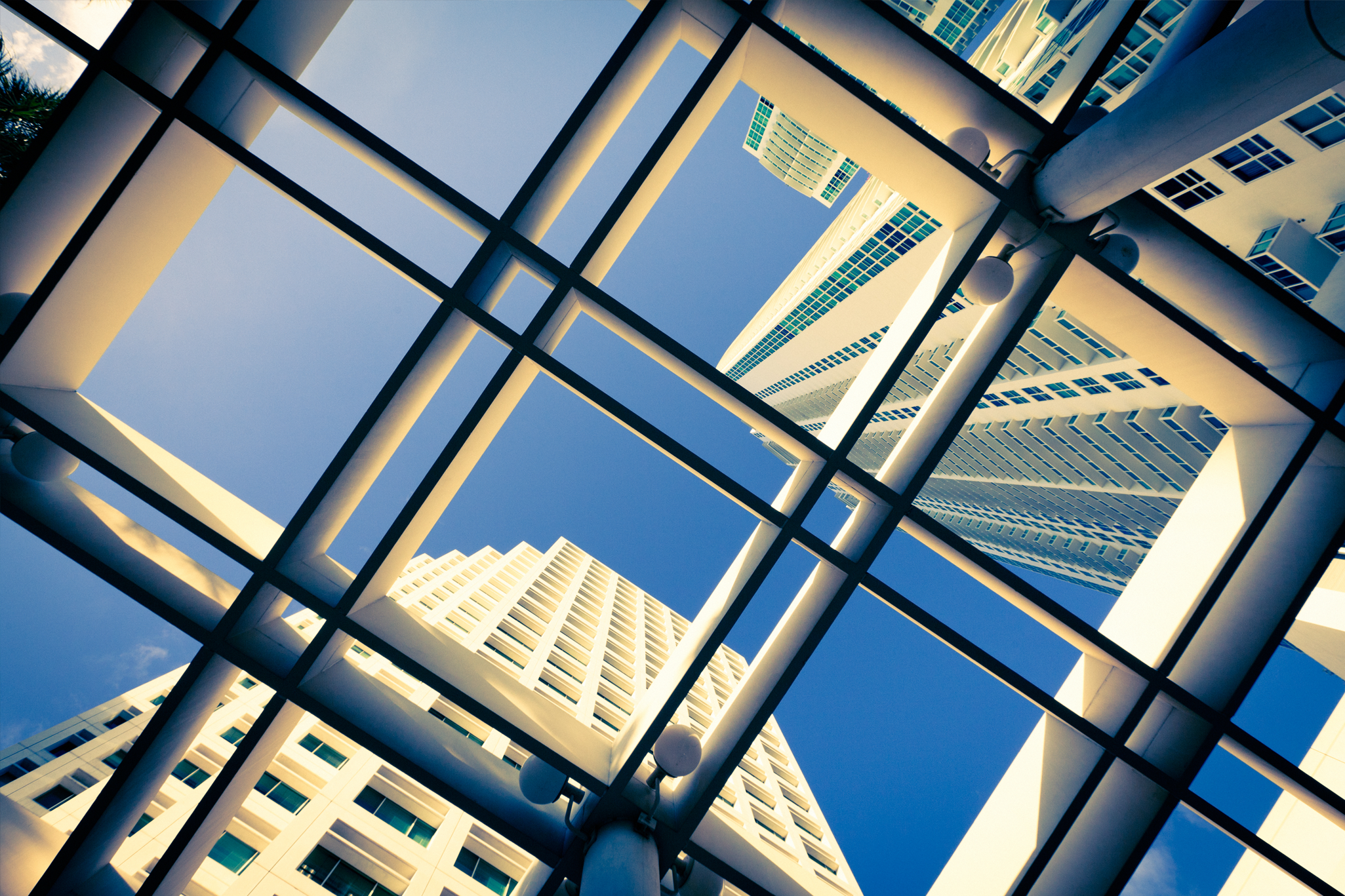 Financial institutions’ net-zero commitments should be policed by national regulators to tackle greenwashing, a United Nations (UN) expert group has said. It also called for a new task force on net-zero regulation to set “ground rules” for the global economy to align with the 2015 Paris Climate Agreement.

In a report published Tuesday, the UN High-Level Expert Group on Net-Zero Commitments said  regulation is needed to “make net zero work and to create a level playing field across organizations.” While voluntary net-zero initiatives have helped build private sector support for decarbonization, they have their limits and cannot force the majority of organizations that lack net-zero pledges to make them, the report says.

“[N]et zero regulations can bring enormous benefits by establishing clear, enforceable standards that apply to all, limiting potential for greenwashing and removing the risk that laggards will take market share from leaders,” the report adds.

Accelerating net-zero rulemaking is one of ten recommendations made by the expert group. Others cover how non-state entities, including financial institutions, should set net-zero targets, create transition plans, increase their climate plans’ transparency, and  use voluntary carbon credits.

UN Secretary-General António Guterres set up the expert group this past March to “develop stronger and clearer standards for net-zero emissions pledges by non-state entities.” The group is made up of 17 business, finance, and nonprofit experts and is led by Catherine McKenna, Canada’s former environment and climate minister.

At least two-thirds of the Net-Zero Banking Alliance (NZBA) do not have portfolio-wide decarbonization targets for 2030, a progress report by the UN-convened climate coalition shows.

The NZBA currently has 123 members and is part of the Glasgow Financial Alliance for Net Zero (GFANZ), the world’s largest climate finance group. Both the NZBA and GFANZ have made headlines in recent weeks over their membership criteria and positions on fossil fuel financing.

In its progress report, released Wednesday, the NZBA disclosed the steps taken by 62 members to set net-zero targets for their lending and investing portfolios. While 66% of this subset have set portfolio-wide decarbonization targets for 2050, the data shows only 32% have done so for 2030.

A larger share (94%) have set sector-level targets for 2030. However, only 50% have established oil and gas sector targets for the end of this decade, while 12% have set coal sector targets for the same time period. Furthermore, of the banks that have set oil and gas portfolio goals for 2030 and 2050, just over half target absolute emissions. Fifty-nine of the assessed banks say they’ve measured their financed emissions, a necessary prerequisite to setting portfolio decarbonization targets.

Once they commit to the alliance, NZBA banks have 18 months to produce their first round of decarbonization targets. Of those due to report their targets by October 21, 80% did so.

Activists say the report shows the alliance’s members are not moving fast enough to align  with global climate goals. When firms sign on to NZBA, they commit to transition their operational and financed emissions to align with a 1.5°C pathway and to publish their progress against their portfolio targets.

Sumeyra Arslan, a climate campaigner at the nonprofit BankTrack, said the report’s findings on the dearth of oil, gas, and coal targets is worrisome. “Given the key role of these fossil fuel sectors in driving global emissions, and the requirement for banks to prioritise sectors based on GHG emissions, it is concerning that not all banks have set targets for these sectors yet, and that where coal targets have been set, methane is often not included,” she said.

A UK government-backed expert group published a climate transition plan framework for private sector companies that will serve as a model for future disclosure rules.

Last year, the UK’s then-finance minister and current prime minister Rishi Sunak announced that firms would have to produce “clear, deliverable plan[s]” on decarbonizing and adapting to a net-zero economy. On Tuesday, the independent Transition Plan Taskforce (TPT), set up by the UK Treasury following Sunak’s announcement, published its “gold standard” for mandatory disclosures.

The TPT framework details how financial institutions and real-economy companies should go about producing climate transition plans. The plans should include five “disclosure elements” made up of 19 “disclosure sub-elements” that cover everything from organizations’ net-zero objectives to their engagement strategies with clients and suppliers. The TPT also recommends that plans cover:

The framework is out for consultation until February 28, 2023. Once finalized, the UK’s Financial Conduct Authority intends to use the framework to set transition plan disclosure expectations for listed companies, asset managers, and asset owners.

The International Organization for Securities Commissions (IOSCO) has set out a blueprint for establishing “sound and well-functioning” carbon credit markets.

The recommendations cover both compliance carbon markets — like the European Union’s Emissions Trading System — and voluntary carbon markets (VCMs), which companies can choose to be a part of. For the former, IOSCO provides guidance on suitable “regulatory and oversight frameworks” that can help compliance markets run smoothly. For the latter, the group discusses the qualities that can nurture high-quality VCMs. It also identifies barriers that could prevent them from scaling and explores the role financial markets regulators should have in their oversight.

“In recent years, carbon markets have gained significant importance as a mechanism for corporates, and society in general, to facilitate their transition towards net zero,” said IOSCO chairman Jean Paul Servais in a Wednesday speech at the UN Climate Change Conference (COP27). “However, they have so far fallen short of their objectives.” Servais added that the organization’s recommendations should bolster transparency and promote the “integrity and liquidity” of carbon markets. This should help market participants accurately price different carbon credits.

IOSCO is a standard-setting body for more than 95% of the world’s securities markets. Its membership is made up of regulators and financial authorities from 130 jurisdictions.

A  free-to-use, open-source data utility backed by French President Emmanuel Macron and UN special envoy Michael Bloomberg will be up and running by the second half of next year, the committee overseeing it has said.

On Tuesday, the Climate Data Steering Committee (CDSC), set up by Macron and Bloomberg in June, announced it has sent out a request for proposals to build a beta version of a Net Zero Data Public Utility (NZDPU). This utility will hoover up and aggregate information on companies’ net-zero transition efforts and support countries’ efforts to bring transparency to the private sector’s climate promises.

The committee also says the NZDPU will plug climate data gaps and bring down “barriers to information that slow climate action.” Access to the utility will be openly and freely available to markets, regulators, climate scientists, and civil society. The CDSC said the utility should  be hosted by the United Nations Framework Convention on Climate Change (UNFCCC) Global Climate Action Portal.

“Without consistent, comparable and accessible data on corporate emissions, investors have no leverage to push companies to act and the public has no way to hold them accountable,” said Bloomberg. “That opens the door to greenwashing and prevents investors who have made ambitious climate commitments from making decisions that help them reach their goals. It adds up to a big problem — and the data portal will be a big step towards fixing it by making climate data more reliable, accessible, and transparent.”

The CDSC also said it’s joining forces with CDP, which oversees the world’s largest climate disclosure system, to deliver the NZDPU a “foundational layer of data.” CDP has a database covering around 20,000 disclosing entities, including cities, real-economy companies, and financial institutions.